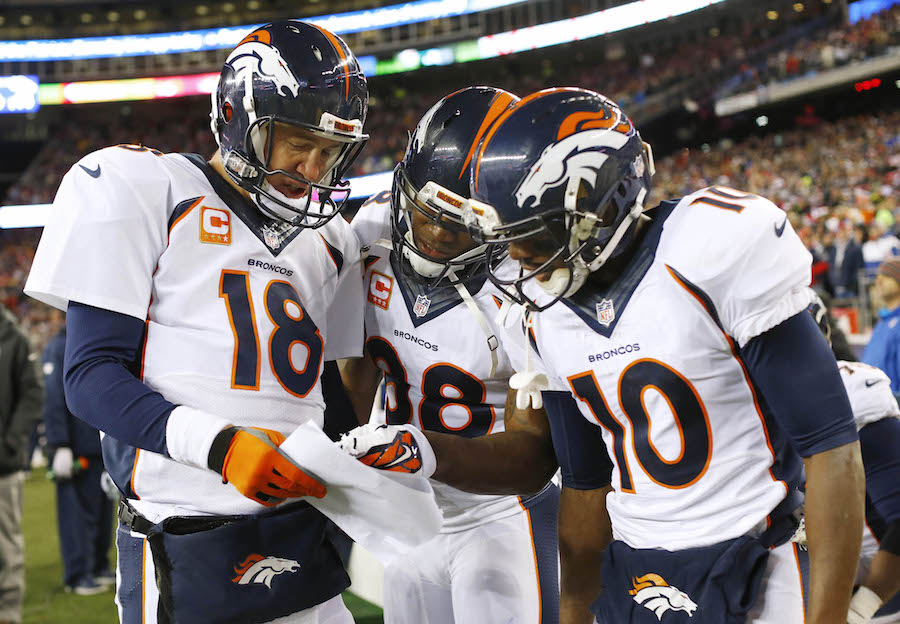 Even though the Denver Broncos don’t have a wide receiver in the Hall of Fame, they certainly have had plenty of talent catching passes in the orange and blue.

When trying to pick out the five best receivers in Broncos history, the first four were pretty straightforward. However, choosing the fifth and last person to add to this list was difficult.

With many great options, do you value Haven Moses’s incredible 18.0 yards per reception more than Steve Watson’s six-year stretch of averaging nearly 1,000 yards per season or do you throw in Vance Johnson to represent the mighty “Three Amigos”?

As you’ll see, this list encompasses many decades and shows the greatness that the Broncos have had, even as the position has evolved since the 1960’s.

While statistics are an easy way to track receivers’ success at a quick glance, it is important to remember how the passing game has evolved, specifically in the past 10 years. While a 1,000-yard receiving season now almost seems routine, in 1975 there was only one receiver that eclipsed that mark, Houston’s Ken Burrough.

Without further to do, here are the five best wide receivers in Denver Broncos history:

While Watson’s statistics don’t necessarily put him in the top five, his six-year stretch between 1981 and 1986 was incredibly impressive. During that time, he had three 1,000-yard receiving seasons, averaging 952 yards per year even, though he missed seven games in 1982 due to a holdout.

Watson was consistently putting up great numbers, even with shaky quarterback play from Craig Morton, Steve DeBerg and John Elway — yes, John Elway. In Elway’s first three seasons with the Broncos (1983-85), the prime of Watson’s career, Elway had five more interceptions than touchdowns and Watson was still able to put up the numbers he did.

There certainly are many other players that could have been put at this spot, but Watson’s consistency and playmaking ability at a time of below-average quarterback play earns him a spot in the top five.