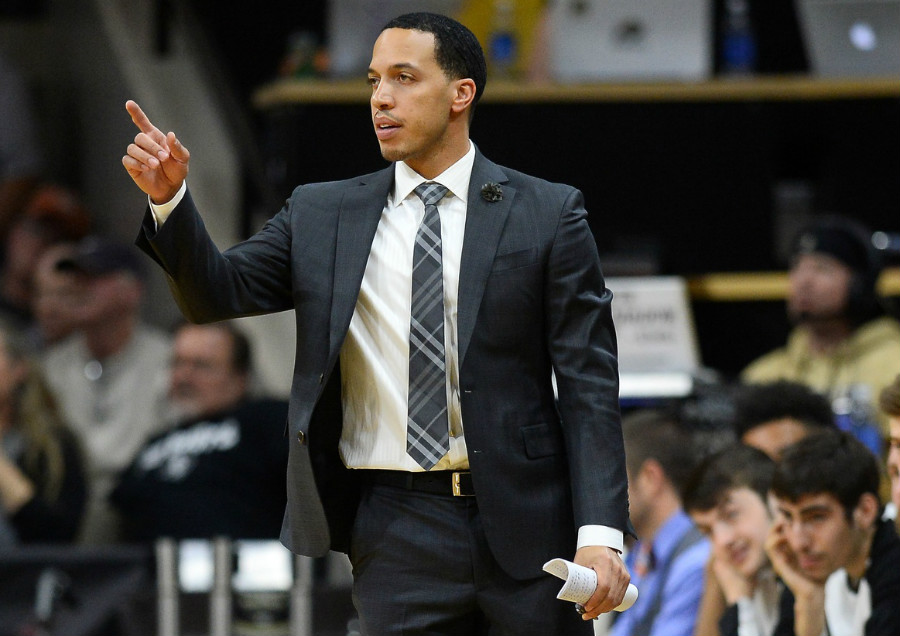 “(Rodney) Billups has all of the qualities to be a terrific head coach in Division I basketball” said Tad Boyle, The University of Colorado Men’s Basketball head coach.

And that’s exactly what he is.

On Monday, Athletic Director Peg Bradley-Doppes and the University of Denver welcomed Rodney Billups back to the program that he helped build while playing there; this time as a head coach.

“I’ve always been a Pioneer,” Billups said with a big smile.

Billups is currently on the coaching staff of the Colorado Buffaloes, where he’s been an assistant for the last six years, and he will remain as such as the Buffs hope to make a run in the NCAA tournament, which begins this Wednesday.

He was introduced to a standing ovation Monday at the on-campus news conference, with reporters and the team in attendance.

His message was simple: “Let’s go get some wins together.”

He will replace Joe Scott as the 32nd head coach at the University of Denver and was signed to a five-year contract.

There’s still some uncertainty surrounding Billups’ coaching staff, but we did learn today that former CU coach Richard Patton could be joining Billups in Denver.

When questioned about what kind of playing style he’d be implementing, Billups kept things simple:

“My philosophies will always be defending and rebounding. Offensively we are going to recruit players and develop the players that we already have to be very confident and skilled to compete for championships.”

Championships and postseason success are something that the Pioneers have not seen in a long, long time. Billups said he intends to change that by running a fast-paced system, highlighting the fundamentals needed to excel.

“I plan to play a very fast and entertaining brand of basketball that will capture the fans that we’ve lost, the loyal fans that we still have and the former players who are waiting for fun times again.”

One thing is for sure, though: The city of Denver and the #DU1Nation is happy to have Rodney Billups back on campus, and so is he.