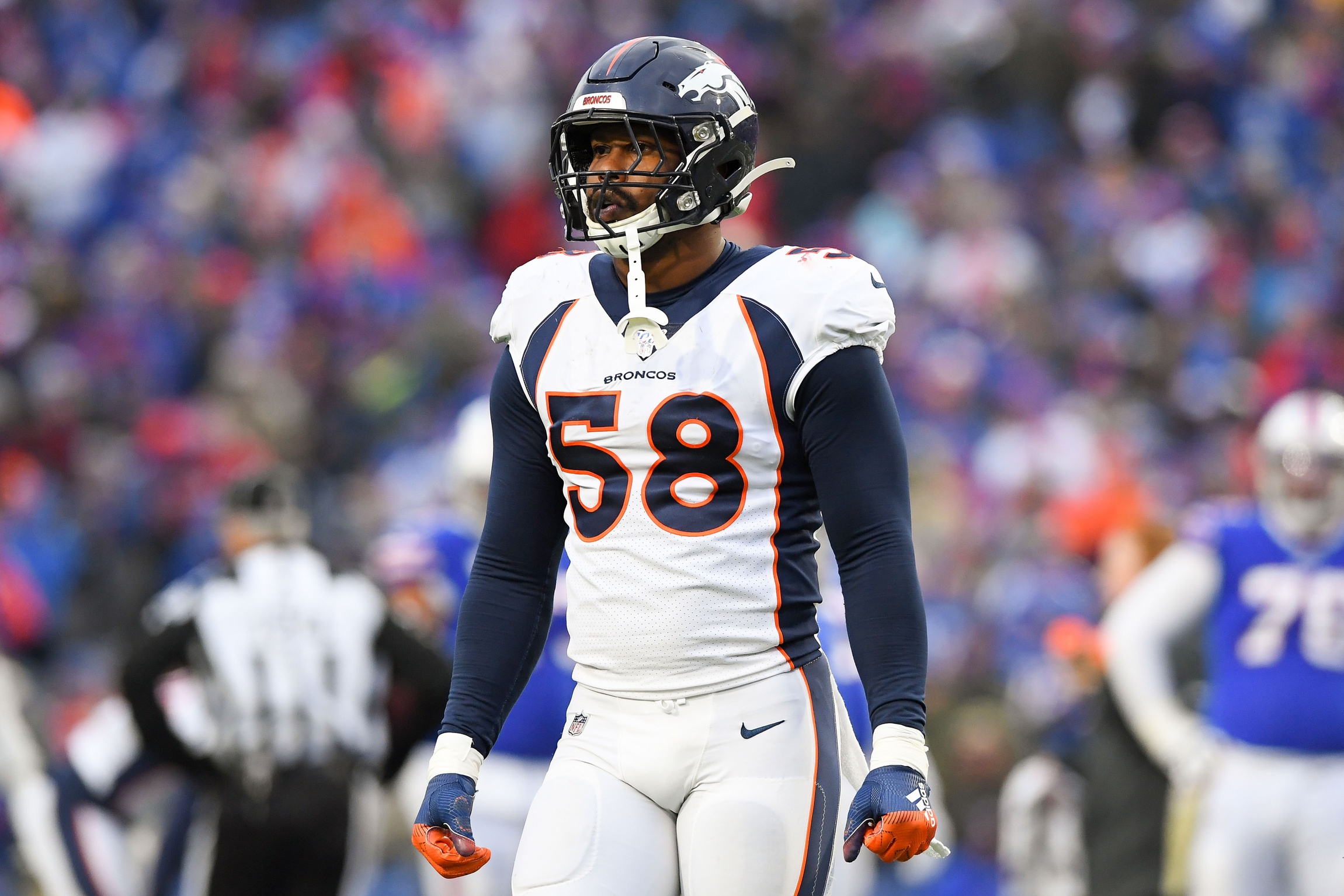 Von Miller’s frustration – with the game, with the last three or four seasons, with…all of it, or so it seemed – had finally come to a boil.

But he actually said a lot. In so many words, he verbalized the frustrations of anyone and everyone who has played for, cheered for or gave a damn about the Denver Broncos in any sort of capacity over the past four seasons. The thing is, Von Miller doesn’t do this. Von Miller doesn’t sound off. Von Miller doesn’t ever seem shaken. But yesterday he was all of those things.

Since Super Bowl 50, the Broncos haven’t been, well, the Broncos. It hasn’t been much fun, and Miller finally just said it like it is.

“He sounds like a guy who has lost faith in the folks running the operation,” said 9News’ Kyle Clark after Miller’s comments played on the 9 o’clock news. Clark isn’t a Broncos beat reporter, but he is a master of tackling issues head on. Clark rarely minces words.

Maybe Clark is onto something. Was Miller making a statement about the organization as a whole? Worse yet, is Miller tired of being a Bronco?

Miller might not ever elaborate or clarify what he was getting at. You can bet there will be a market-wide effort to read between the lines – that’s what happens in Denver, Colo. when a star player makes strong comments about a football team that won’t make the playoffs for a fourth straight season, a football team that sealed the deal yesterday on its third-consecutive losing record (something that hasn’t happened in Denver since 1972).

Miller called out pretty much everyone and everything – the offense, the defense, special teams, receivers, linemen, defensive backs, effort, focus, et al.

“We’ve got guys all around, but we have to come up with it,” he said. “From me, I guess it just looks different from my end. I’m 30 years old and I’ve been playing in the league for nine years, I’m ready to hit the gear and go again. I’m ready to bring whatever we had in the past back. Two down years, three down years, four, we did that and now I’m trying to get back on it. I’m not just speaking for me, but whenever we put it all out there, we play hard and whenever we don’t, we come up short. It’s defeating and it’s more than just winning or losing, it just defeats my soul to go out there and play the way we play and lose the way you lose.”

About the only Bronco to get an endorsement from Von Miller following Denver’s 23-3 loss to the Chiefs on Sunday was young Drew Lock.

That might be the only item to be checked off Miller’s list of concerns – quarterback. Lock didn’t play well, not anywhere near what he’d done in his previous two games. But, the conditions were bad and his offensive line and receivers were worse. Lock was on the run for most of the game (he was sacked twice) and despite the frigid conditions, his receivers couldn’t catch a cold. Lock was 18-40 for 208 yards with an interception and a QBR of 10.0, but Miller wasn’t miffed with the rookie: “It’s everybody around. Guys have to get open, the offensive line has to block, guys have to run the ball, just cliché little things. Drew is doing what he needs to do.”

Though the week ahead will be filled with speculation and translation, the only fair thing is to decide for yourself; Miller’s words were raw and real and honest.

If there was ever a doubt if Miller gave a damn or not, it’s safe to say he does. The MVP of Super Bowl 50 might normally come across as happy-go-lucky, but he hid nothing after yesterday’s loss. Considering the Broncos record and the fact that Miller has been playing on a bum kneed for the past few weeks, it would have been easy to sit a few out and look ahead to 2020. He didn’t do that. It would have been easy to offer the same old, predictable postgame comments, too. He didn’t do that either.

Something isn’t right in Denver. And if you weren’t sure about that, Von Miller is.