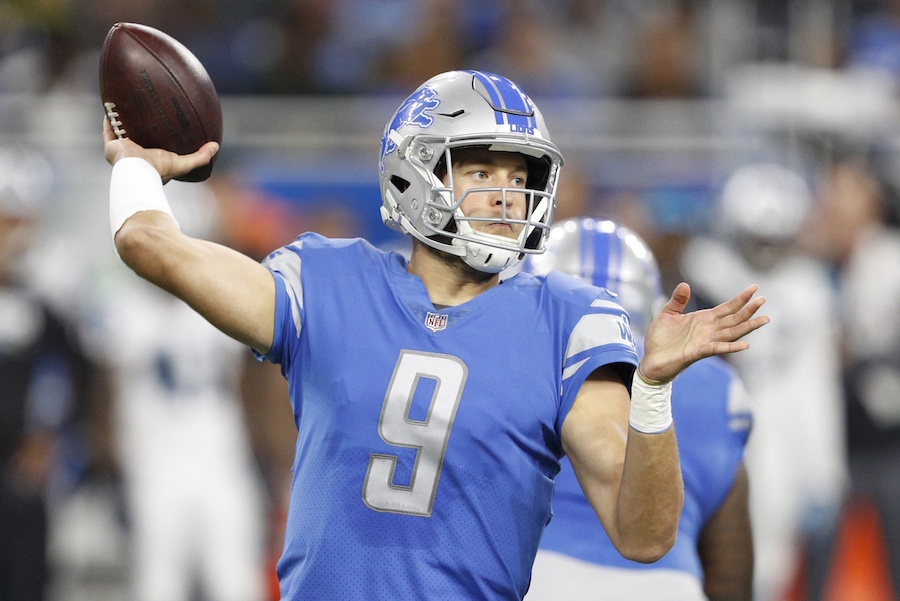 Detroit’s Matthew Stafford hosts a Cleveland defense this week that has allowed its opposing quarterback to notch at least two touchdowns (be it pass or run) in seven of its eight games, and no team has allowed more combined pass/rush touchdowns per game to the quarterback position than the Browns. Averaging more than 365 passing yards over his past three games, Stafford is the top-ranked signal caller for Week 10.

Pittsburgh’s Le’Veon Bell is on a six-game roll that includes an average north of 140 total yards per game and a combined five touchdowns in his past six games.Facing an Indy defense that has allowed the third-most fantasy points per game to the running back position, Bell rings in Week 10 as the top play at his position.

Like teammate Le’Veon Bell, Pittsburgh’s Antonio Brown also has the pleasure of facing the generous Colts defense this week. The Colts have allowed the seventh-most fantasy points per game to WRs, making Brown, the No. 2 overall fantasy wideout, the top WR play for Week 10.

Denver’s pass defense carries the nickname of “The No Fly Zone,” but tight ends have had little issue with air travel against the Broncos this season, as Denver has allowed the second-most fantasy points per game to the tight end position. The matchup makes New England star Rob Gronkowski an even more obvious top tight end play this week than usual.

The L.A. Rams will host a Houston team that has allowed the second-most fantasy points to opposing defenses, and this offense is even more vulnerable now that Tom Savage has replaced the injured Deshaun Watson at quarterback. The Rams are the No. 4 overall fantasy defense, but they are the top play for Week 10 given the matchup.