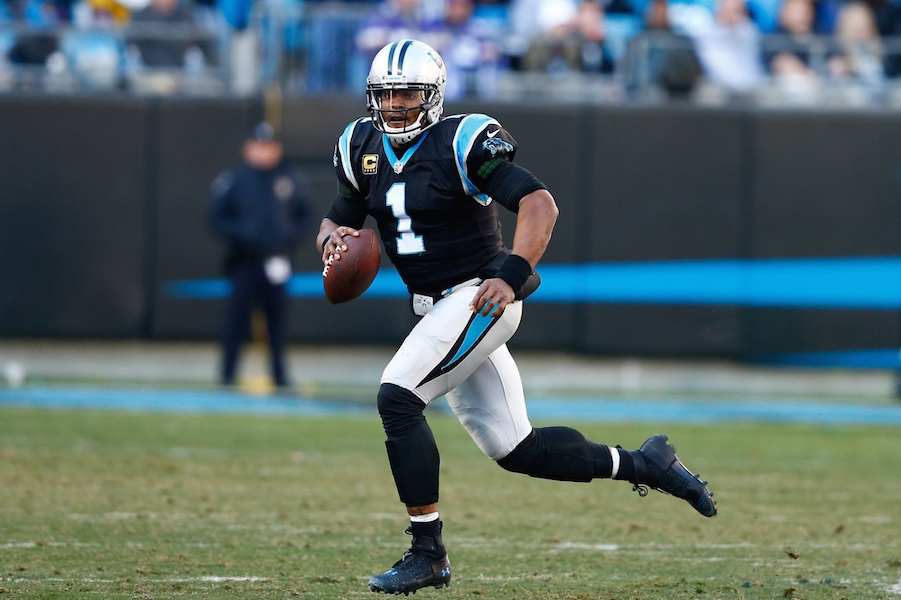 Carolina QB Cam Newton has run hot-n-cold in the passing game this season, but he’s the No. 6 overall fantasy QB thanks to rushing numbers that a lot of running backs would envy – 585 rushing yards and 5 touchdown runs. This week Newton will have a good shot to combine some aerial success with those ground gains as he’ll host a Green Bay defense that has allowed the seventh-most passing yards per game to the QB position. Newton is the top fantasy QB play for Week 15.

Pittsburgh’s Le’Veon Bell faces a New England team that he’s averaged 144 yards from scrimmage (YFS) against in two regular-season meetings over the past two seasons. This season, the Patriots have allowed the sixth-most YFS to the RB position. Bell, the No. 2 overall fantasy running back (total points) for the ’17 campaign, heads into this AFC marquee matchup as he top fantasy RB play for Week 15.

Pittsburgh’s Antonio Brown is on an epic four-game run during which he’s combined for 39 catches, 627 receiving yards and six touchdowns. And this week he faces a Patriots defense that he has consistently torched in past meetings, posting 11.9-plus fantasy points against New England in four straight regular-season meetings. He’s the clear top fantasy wide receiver play for Week 15.

Like Le’Veon Bell and Antonio Brown, New England’s Rob Gronkowski has also enjoyed big results in recent meetings between the New England and Pittsburgh. Gronk, coming off a suspension last week, has averaged 99.2 receiving yards and has found the end zone eight times in five career regular-season contests against Pittsburgh. He claims the top spot in this week’s fantasy tight end rankings.

The Jacksonville Jaguars, with a league-best 47 sacks, 30 takeaways and seven touchdowns, are the top-scoring fantasy defense/special teams unit. This week, they have the good fortune of hosting a Houston squad forced to turn to its third-string QB (T.J. Yates) this week. The matchup as about as good as it gets for the Jaguars, who land atop the Week 15 fantasy DST rankings.