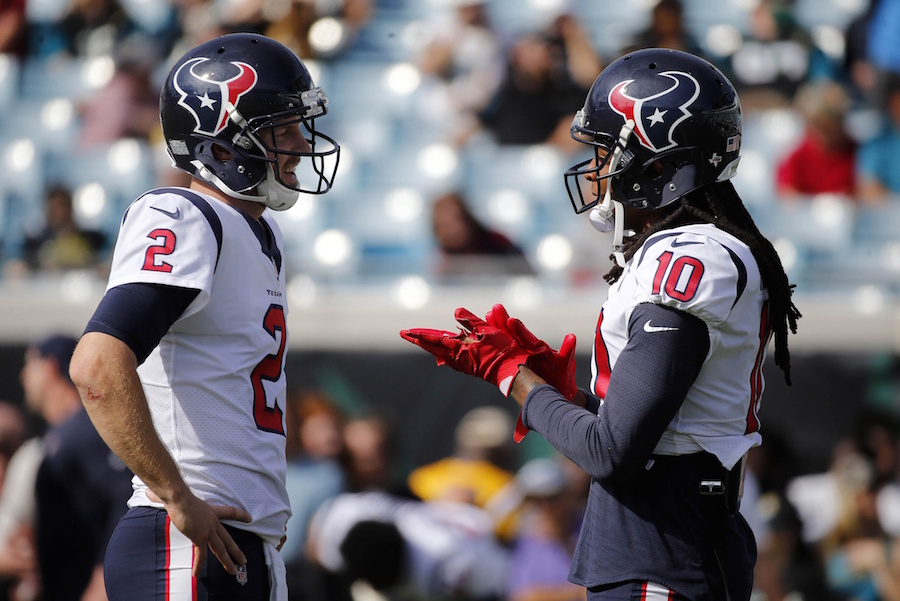 Seattle QB Russell Wilson had a rare trip-up game last week against the Los Angeles Rams, failing to finish as a top-5 fantasy QB for just the third time in his past 12 games. Look for Wilson to rebound in a big way this Sunday against a Dallas defense that has allowed multiple TD passes to six of the past seven starting quarterbacks it has faced. The Cowboys, for the season, have allowed the seventh-highest QB Rating (95.8). Wilson is the top-ranked fantasy signal caller for Week 16.

Pittsburgh has pumped up the volume on its lead back, Le’Veon Bell, this season, awarding him 25-plus touches in nine of his 14 games. With lead receiver Antonio Brown out for the season with a calf injury, don’t be surprised if the Steelers ring their Bell numerous times, once again, this week against the Houston Texans. An elite talent with major workload expectations, Bell is the clear top RB play this week for fantasy owners.

Houston’s go-to receiver, DeAndre Hopkins, has not only survived in fantasy since losing sensational rookie QB Deshaun Watson (ACL), but he’s actually thrived with Houston’s backup QBs (first Tom Savage, and now T.J. Yates) – he ranks second behind only Antonio Brown in fantasy points at WR in the seven-game stretch since Watson’s injury. Facing a Pittsburgh defense that has allowed the third-most fantasy points per game to the WR position, the target-hogging Hopkins is the top wideout play for fantasy championship week.

New England’s Rob Gronkowski has been at his very best for fantasy purposes down the home stretch, as he’s delivered at least 14.7 fantasy points in each of his past three games, and he’s topped 140 yards in back-to-back weeks. One of those monster efforts came in Week 13 against Buffalo (9 catches, 147 yards) the team he’ll face again in Week 16. He’s the obvious top fantasy tight end play this week.

The Baltimore Ravens defense has been one of the top-scoring units in fantasy football and this week it will have the good fortune of hosting an Indianapolis Colts offense that has been the second-most generous in fantasy to opposing defenses. It’s a matchup almost too good to be true for those owners of the Ravens defense, the top-ranked fantasy D/ST unit for Week 16.