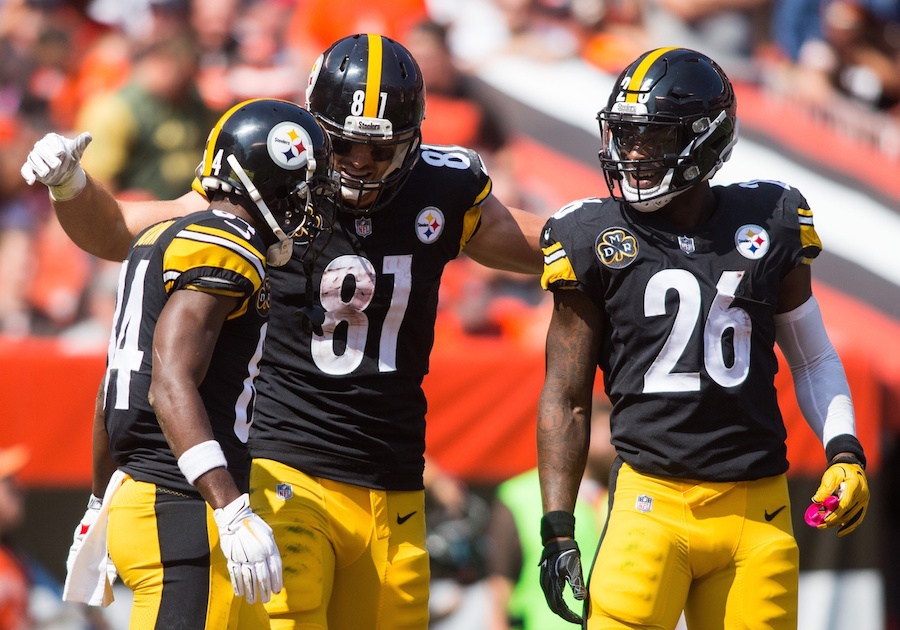 Fantasy football expert Brandon Funston provides his weekly insight and rankings of the best plays to help you win big.

Week 2 of the 2017 NFL season features some major shakeups as Arizona’s David Johnson, the No. 1 overall pick in most drafts, is out 2-3 months with a wrist injury.

In fantasy, it’s always a good idea to follow the point spreads. The two highest projected scoring games of Week 2 are the New England/New Orleans matchup and a rematch of last season’s NFC Championship game between Green Bay and Atlanta. Topping this week’s fantasy QB rankings are the four signal callers that will be facing off in these two games, with the Packers’ Aaron Rodgers taking top honors.

Le’Veon Bell’s season got off to a rough start in Cleveland, where he totaled just 47 yards and failed to find the end zone against the Browns. Bell gets his first taste of home cooking this week, which should help him get back on the right track in fantasy this week, even against a stout Minnesota defense. Bell scored at least 14 fantasy points in every home game last season.

Atlanta’s Julio Jones opened 2017 with modest numbers at Chicago (four catches, 66 yards), but look for him to find the next level of production this week at home against Green Bay. The last time the Packers came to town was for last season’s NFC Championship game, when Jones carved up the Green Bay secondary for nine catches, 180 yards and two scores. He tops this week’s fantasy WR rankings.

Rob Gronkowski was bottled up by an Eric Berry-led KC defense in Week 1. Fortunately for Gronk, he won’t face anyone close to the talents of Berry this week when he travels to New Orleans. The Saints allowed a 143 Passer Rating and 346 passing yards to Minnesota QB Sam Bradford in Week 1. Now they’ll face Tom Brady in a game with a point total projection in the mid-50s. It’s a ripe situation for the Patriots passing game, and it’s hard to imagine Gronk, who tops this week’s fantasy TE rankings, not being heavily involved in that action.

The Jets offense was as anemic as expected in Week 1, scoring just 12 points and finishing with the second-fewest total yards (214). The Khalil Mack-led Oakland defense plays host to this sacrificial New York offense in Week 2, a matchup that propels the Silver and Black to the top of the fantasy defense chart this week.