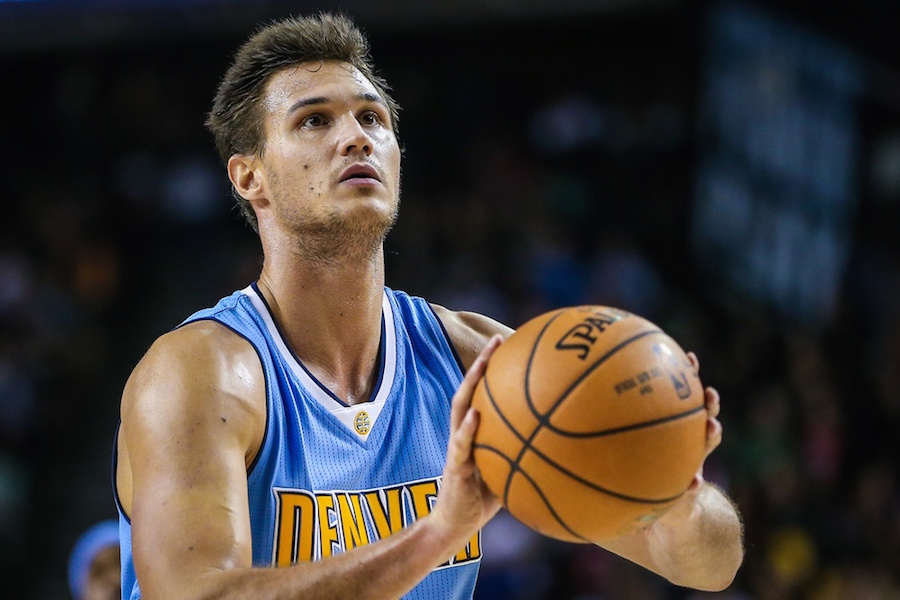 Lost in all the excitement of the Nuggets’ opening night win on Wednesday was a very impressive accomplishment. With Denver’s very first field goal of the game, Danilo Gallinari tied Carmelo Anthony for sixth all-time in 3-point field goals in Nuggets franchise history.

With 6:11 remaining the second quarter, Gallinari would hit again from long range to take sole possession of sixth place. He added another three in the third quarter to run his career total in Denver to 712.

By season’s end, there’s a good chance Gallinari will rank fourth on Denver’s all-time list. He needs just 14 more to pass Nick Van Exel and 37 to pass Dale Ellis. Chauncey Billups is a reasonable target as well at No. 3 (514) if Gallinari can stay healthy.

Perhaps most impressive about the accomplishment is the fact that Gallinari has played in just 241 games in Denver, compared to Anthony’s 564. And while Gallinari ranks seventh on Denver’s all-time list for 3-pointers attempted with 1,145, he has a long way to go before he catches Anthony at No. 3 on that list with 1,320. Neither player ranks in the top-10 in 3-point field goal percentage, but the fact that he’s passed Anthony in less than half the number of games speaks to how truly under-appreciated he is as a long-rang shooter.