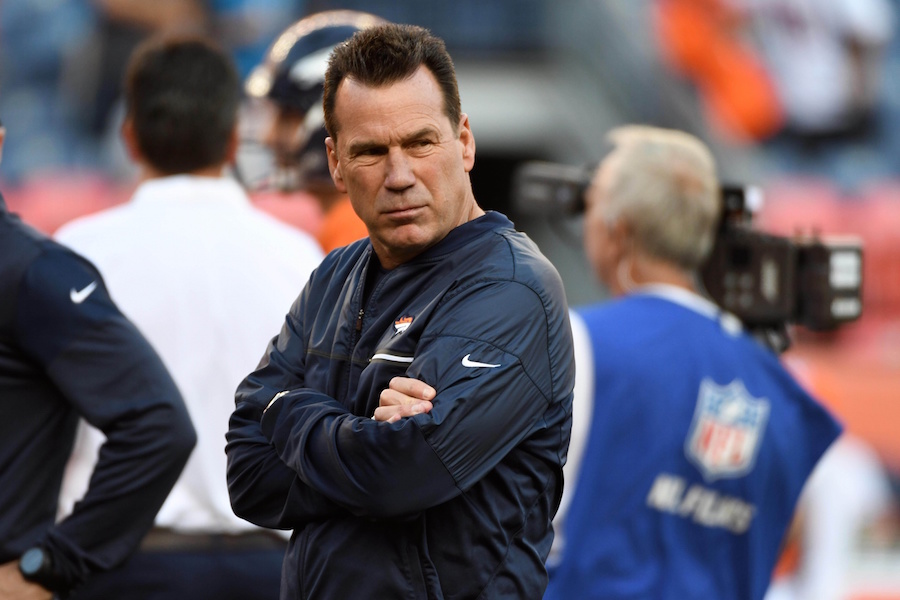 For all that went wrong in the opener against the Carolina Panthers, the Denver Broncos did enough of the little things – and made big plays at key moments – to walk away one-point victors.

Yes, the Broncos lost the turnover battle, 3-1. But the one turnover they created turned into a go-ahead touchdown.

Sure, they took silly penalties early (too many men) and late (hands to the face, hit to the head) in the game. But some important timeouts by the head coach paid huge dividends.

Trevor Siemian looked like a quarterback making his first NFL start, throwing two interceptions. But he also showed poise in leading his team back from a halftime deficit.

From the rookies to the veterans to the coaching staff, even the fans, everyone in orange and blue at Mile High Stadium on Thursday night played a part in the Broncos big NFL Kickoff win.

The team from Mile High Sports and our friends in the Denver media were documenting it as it unfolded. Here’s a quick Twitter timeline of the little things the Broncos did right in the win against the Panthers.

This crowd is wreaking havoc on Cam Newton. Already used all timeouts of half. TJ Ward not afraid of Cam either #Broncos @BossWard43

Darian Stewart set the tone very early with some big hits on Newton and the Panthers offense. He’d keep that up until the final drive.

Gary Kubiak and Rick Dennison surprised the Panthers with a draw to fullback Andy Janovich that went for a 28-yard touchdown run.

C.J. Anderson was big in the first half, although he never found paydirt. He would find the end zone twice in the second half, including the game-winner.

Cam Newton ran for 54 yards on 11 rush attempts, but every time he ran he was either contained by an edge defender or he suffered a big hit.

Big time play by Shane Ray to disengage and run down Newton as backside defender. He closed fast!

Not only was Janovich responsible for putting Denver on the scoreboard, he showed just how effective a fullback can be in opening holes for his halfback.

C.J. has had some really nice holes tonight. Janovich with another big block on that run. #4Broncos

Denver didn’t record a sack until the second half of the game, but they made them matter when they happened.

With that sack, Broncos LB @DeMarcusWare now has 135.5 career sacks (11th most in NFL history).

Rookie punter Riley Dixon was panned for his final punt in the fourth quarter, but on the night he averaged 46.7 on the night. He was overshadowed by the otherworldly effort by Andy Lee, who averaged 63.0 yards on four kicks.

Riley Dixon has done a good job tonight. Two punts for an average of 49 yards. #4Broncos

Denver’s offensive line was the weak link last year, but they held their own against one of the toughest front sevens in the game.

#Broncos OLINE needs a little credit for handling one of the best defensive fronts in the #NFL and doing work in screen game.

When C.J. Anderson did finally find the end zone, it was on a textbook screen play.

CJ's fake on the block + release outside to catch the screen pass TD needs to be replayed for every single young RB in the game. Beautiful

Denver had just one turnover in the game, but it came in the fourth quarter and set up a Broncos go-ahead touchdown.

Newton looking for Benjamin, and CHJr knocked it up and dove for the pick. Probably a late hit, too. Great read by CHJr.

Trevor Siemian settled in during the second half and took advantage of the turnover to give his team the lead, scrambling for a key first down on the drive.

@TrevorSiemian very judicious in his decisions whether or not to scramble. Heady. Mature. @Broncos

When the Broncos needed a first down at the goal line, the o-line picked up C.J. Anderson, almost literally.

HUGE play by @RussellOkung pushing CJ over the 1st down there. That is great O line play

Before Anderson crossed the goal line, Gary Kubiak called a key timeout that set up a touchdown on the next play. And Coach Kubiak showed off his legs.

With Carolina driving in the fourth quarter, Aqib Talib made a big pass defense on third down that forced a field goal instead of converting a first down in the red zone.

Von Miller came up with what looked at the time to be the key play of the game, a sack of Cam Newton.

For all those wondering where the Broncos sacks were tonight, obviously, they were saving them for the 4th quarter. Obviously. @Broncos

Gary Kubiak had the last laugh in the small decisions department, calling a timeout to ice Graham Gano with a potential game-winning kick on the line.

Gary Kubiak, ice water in his veins going for it on 4th down and well done to ice Graham Gano as the #Broncos win… https://t.co/FYIHd0jMZt