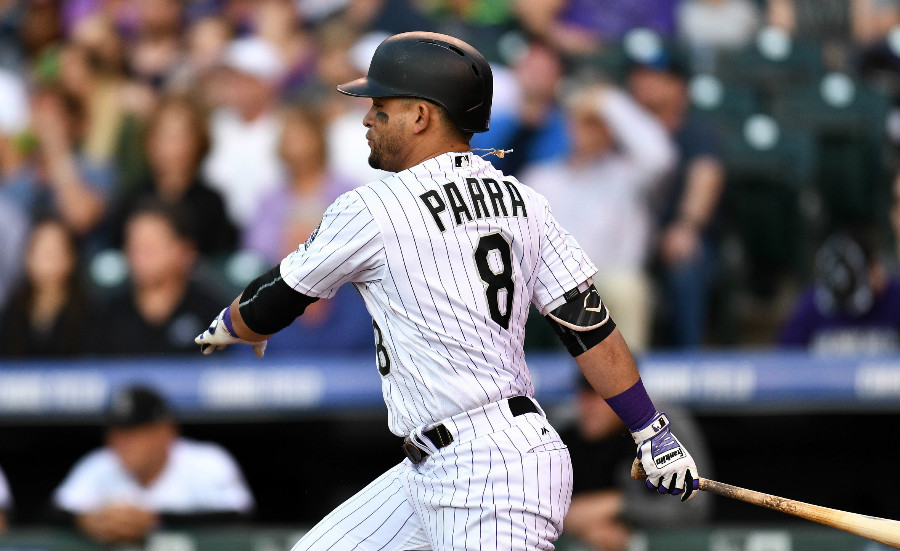 The Colorado Rockies placed outfielder Gerardo Parra on the 10-day disabled list with a right quad strain. Jordan Patterson was recalled in his place.

Manager Bud Black suggest the move following the club’s 11-3 victory over the Cleveland Indians on Tuesday.

In the third inning of Tuesday’s game, Parra pulled up lame attempting to steal second base. As Parra approached the bag, he developed a noticeable limp along with some obvious pain. Parra would not make it to second base and instead would proceed to walk to the outfield grass disgruntled.

Parra has been on a hot streak for Colorado of late, with a batting average of .500 in the last 14 days. He’s hitting .308 with six home runs and 28 RBIs on the season.

Parra is coming off a down year in which he hit just .253. He missed a significant portion of the 2016 season due to a left ankle sprain.

Patterson, 25, will be making his first appearance on the Major League roster this season. He made his major league debut on Sept. 8, 2016 and batted .444 (8-for-18) with one run, one double, two RBI and one walk in 10 games with the Rockies. In 53 games with Albuquerque this season, is batting .216 (41-for-190) with 12 doubles, two triples, eight home runs and 34 RBI. Patterson has appeared in 42 games at first base and seven games in right field with Albuquerque.