The Denver Nuggets are coming off of an impressive win in a wire-to-wire game with the Dallas Mavericks. The Nuggets won in the closing seconds on a shot from Nikola Jokic that continues to have him regarded as one of the clutches players in the entire league.

The Nuggets were down two starters and still were able to pull it out to close a tough five-game road trip in which they went 3-2.

Denver then returned back home for a back-to-back set with the first game being against the Cleveland Cavaliers and the Nuggets looking to find some sort of rhythm.

The Nuggets did not find that rhythm as they suffered a 111-103 loss to Cleveland. Now Denver is left searching for answers on how to bring the same intensity against sub .500 teams.

In a game that saw the Nuggets sleepwalk for three quarters before finally turning it on in the final quarter, I give you the good, bad and ugly.

In a game this ugly, there are not many things that stand out as a positive for the Nuggets. This was a game that Denver was not up for, played horribly, but still had a chance to win.

While this will go into the growing collection of the ‘worst losses of the season’ group, it was a game that the Nuggets had another solid fourth quarter in. It just was not enough to secure the win.

Denver struggled to get anything going for the entire game and it was evident as they did not take their first lead until there was 4:42 remaining in the fourth quarter and that was short-lived as the Cavaliers scored on the ensuing possession.

At one point the Nuggets were down by as many as 17 points before cutting into that deficit and making their run in the final frame.

Head coach Michael Malone attempted to insert some energy into his team in various ways throughout the game just trying to get his team to show any signs of life and it was not shown until the fourth quarter.

Malone changed up the bench rotation, rested his starters at different spurts then they are typically used to and even went with a zone.

One strategy that Malone went with that proved effective and got them within striking distance is changing up who he decided to close with.

With Paul Millsap out of the game due to an injury and with Gary Harris and Jerami Grant struggling, he decided to go with Monte Morris and Mason Plumlee alongside the starters.

That unit put together the Nuggets best run of the game and even took the lead.

Denver won the final frame 32-26 and looked as if they were going to pull off another late-game victory.

Cleveland closed the Nuggets out with a few late-game daggers, but with a back-to-back game against an undermanned Los Angeles Clippers team looming, maybe the Nuggets will use their fourth-quarter rally as a bit of momentum against a Clippers team they will surely be up for from start to finish.

There is playing lethargic to open a game due to overlooking a team and there is simply being outplayed.

The way that the Nuggets came out in the opening quarter against the Cavaliers was a bit of both and is a big reason that Denver could not overcome the hole that they had built early on.

Denver trailed 23-18 after the opening frame as the Cavaliers got inside of the paint and had their way with the Nuggets.

The Nuggets played isolation-heavy basketball, allowed Cleveland players to get a few open looks at the rim and also could not hit anything.

The Nuggets only shot 32% from the field in the opening quarter and 0-8 from beyond the arc without trying to assert any type of dominance inside.

Denver did not attempt a free throw in the first quarter and relied on jump shots that did not fall which was a recipe for disaster.

On top of that, Kevin Love was able to impact the game inside. He finished the first quarter with seven points and eight rebounds and that got him started towards a big night.

Denver finally settled down in the fourth quarter, but by then it was too late. Starting out games slow and allowing teams to gain confidence and momentum will only lead to losses and the Nuggets found that out the hard way.

There was plenty of ugly in Saturday’s game as the Cavaliers came out and embarrassed the Nuggets. Cleveland won the rebounding battle, got out to an early lead, overcame the late rally and just looked as if they wanted it more.

There seemed to be a lid on the rim for the Nuggets as a team against the Cavaliers, but the one player in particular that has been in a bit of a funk as of late — especially from beyond the arc — has been Harris and that carried into Saturday’s game as well.

When Harris is humming and in-sync on both ends of the floor is when the Nuggets are at their best. That has not been the case.

During the Nuggets road trip, Harris got into double-figures only once as he went 2-16 from beyond the arc. He went into Saturday’s game shooting 31.6% from the field for the month of January, but also an abysmal 12.5% from the 3-point line.

He carried that into Saturday’s game where he went 3-11 from the field and 1-5 from beyond the arc.

Harris was benched for most of the fourth quarter as Malone decided to go with Morris over him.

Prior to Saturday’s game, Malone spoke about his starting shooting guard getting back into a zone and finding a rhythm. Hopefully it is soon as the Nuggets have all of a sudden dropped to 21st in the league in three-point shooting percentage and his efficiency as of late are a big part of it. 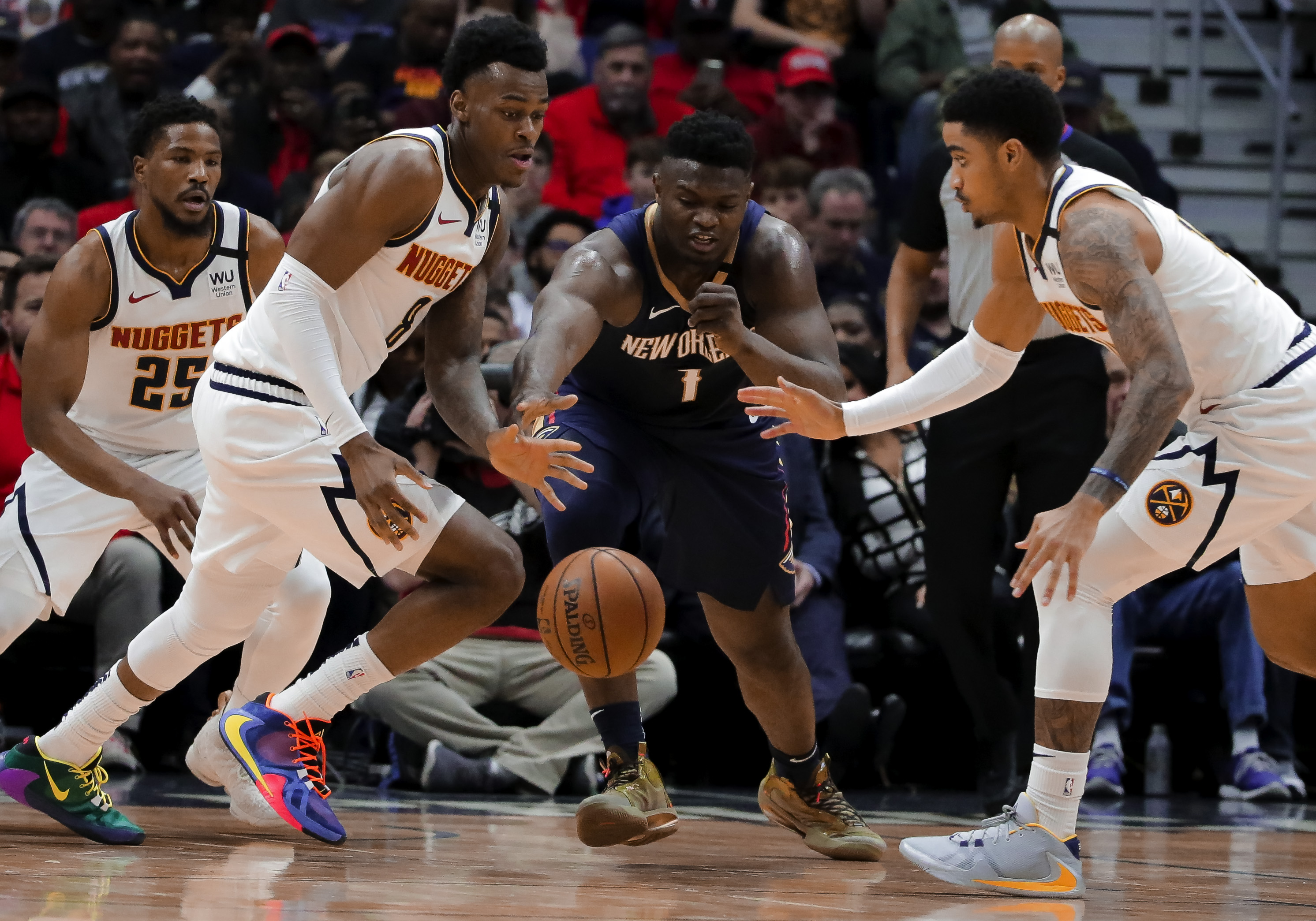