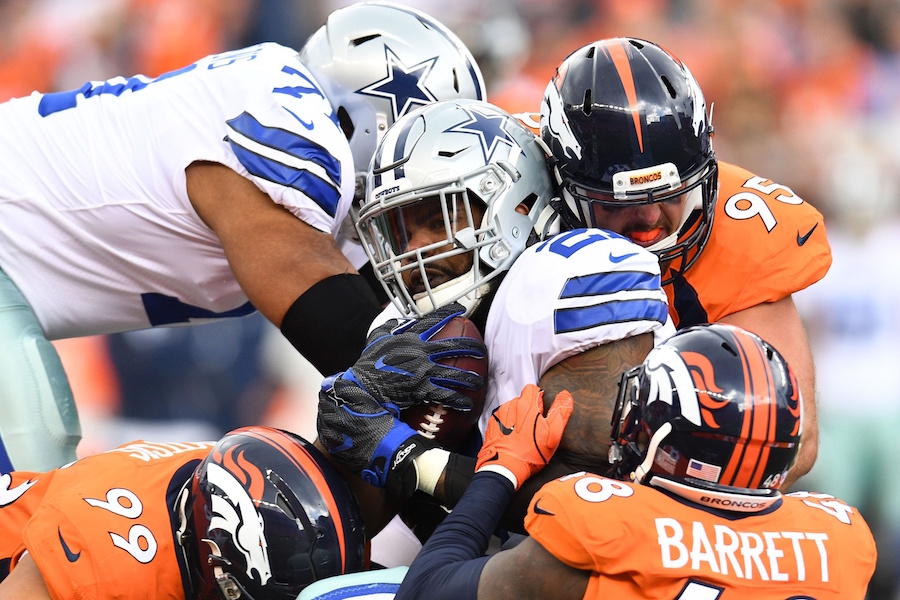 Here at Mile High Sports, we’re always spanning the Centennial State to bring you the constant variety of sports. “The thrill of victory and the agony of defeat; the human drama of competition,” as the fella once said.

Here’s what they had to say about September…

Thumping Zeke
If anyone in the NFL needed to be put in his place, it was Ezekiel Elliott. The Denver Broncos did just that.

Mr. 200
‭Charlie Blackmon became the first Rockies player since Matt Holliday in 2007 and the ninth ever to record 200 hits in a season.

Holding Their Own
Moral victories aren’t worth much, but CSU and Air Force both looked good against No. 1 Alabama and No. 7 Michigan, respectively.

Survive and Advance
Martin Truex Jr. won the first NASCAR Playoff race of the season to guarantee a spot in the Round of 12 and pad his overall points lead.

Sayonara Simms
Simply replacing Phil Simms would have been enough to make NFL fans happy, but Tony Romo has been a true blessing in the CBS booth.

WhyFi?
The Broncos rolled out a wifi upgrade at the stadium, but it won’t be 100 percent functional until after Halloween. Uploading your selfies “quickly” will just have to wait.

Lost Angeles
The Chargers and Rams couldn’t even sell out their home openers, begging the question, “Does L.A. really need two NFL teams?”

Still a Loser
‭The Rox posted their first winning season since 2010. Take the next step and whack Dinger. If you do, our Sportsperson of the Year honor is yours, Bridich.

More Power
‭Mason Plumlee seems like a heck of a nice guy and a tough-nosed grinder, but the Nuggets really didn’t need another body at his position.

“Here he is, having the time of his life!” – ESPN’s Sergio Dipp about Vance Joseph’s first regular season game