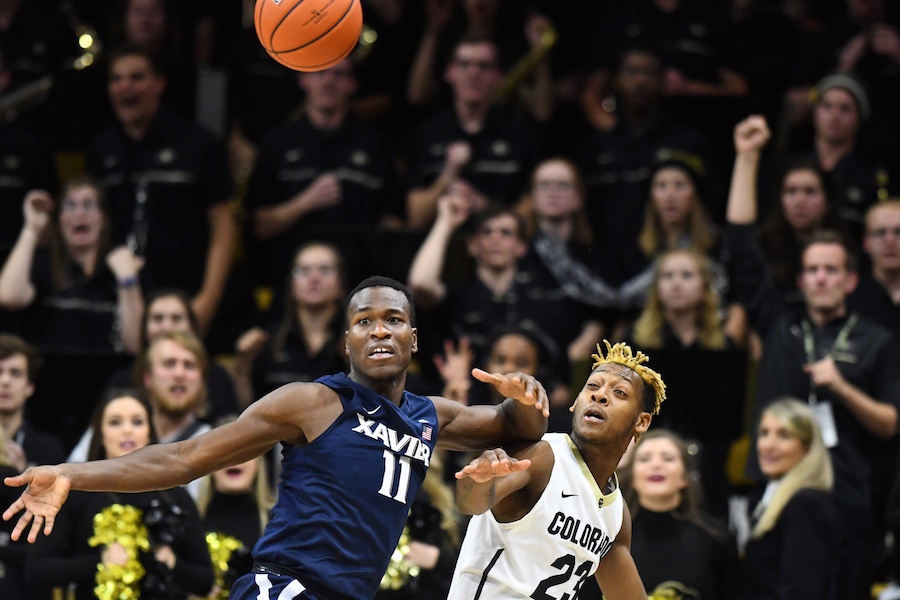 You know it’s a big night in Boulder when Bill Walton is in town. And the Colorado Buffaloes delivered their biggest non-conference win in years with Walton in the house as the Buffs downed No. 13 Xavier, 68-66, at Coors Event Center.

Senior transfer Derrick White led the Buffaloes with 23 points, including key scores down the stretch and a pivotal block in the game’s closing seconds. White went toe-to-toe with Xavier’s own standout guard Trevon Bluiett, who led all scorers with 27. Colorado head coach Tad Boyle gave much credit to his senior guard, but also noted key plays from several of his starters.

“Down the stretch Derrick White was great,” Byole said postgame, “and that’s the White that I’ve been talking about and who our fans have been expecting to see. He was terrific down the stretch. Xavier [Johnson] made some big plays for us and Wesley [Gordon] made some big passes. George [King] made a big three that put us up one and got the momentum going. It was a great win.”

A White 3-pointer gave CU a 28-23 lead with 2:57 left in the half, but that prompted a Xavier timeout and the Musketeers rallied with an 8-0 run to end the half and an 8-2 run to start the second half. Bluiett had four 3-pointers in the Xavier rally as CU’s five-point lead turned into a nine-point deficit in a five-minute span. CU’s 15-0 run midway through the second half changed momentum for good, though. The Buffs knocked down four 3-pointers and had eight consecutive defensive stops.

The win moves Colorado to 7-2 on the year with a pair of wins over ranked opponents (Texas was the other). The Buffs face another big test this weekend when they travel to Provo, Utah to face 6-3 BYU on Saturday.