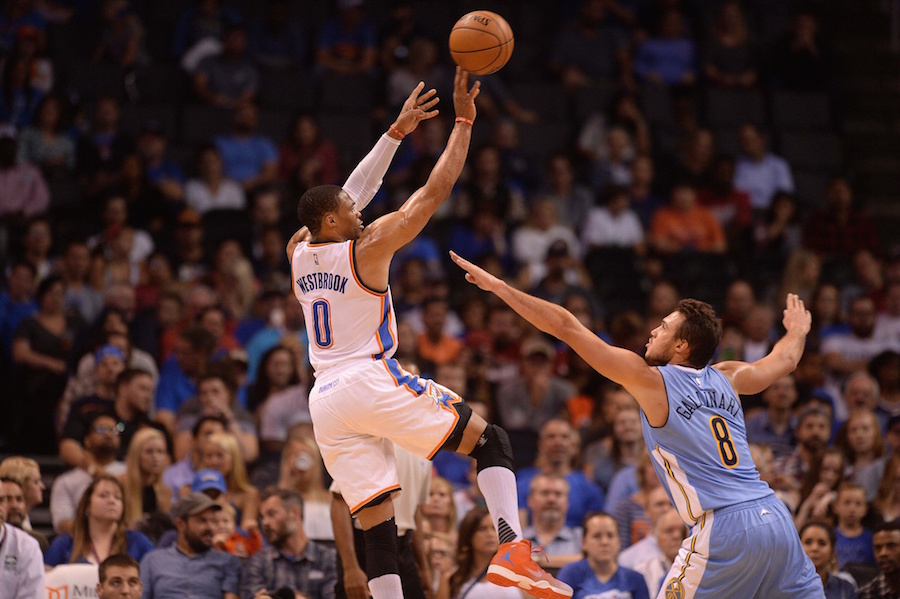 The long and winding preseason road for the Denver Nuggets is finally over. Michael Malone and his troops return to Denver on the heels of a 97-87 loss to Oklahoma City, their final road preseason game, Tuesday night.

Denver falls to 3-4 on the preseason, 3-3 in games away from Pepsi Center. Yes, that’s correct. Through seven preseason games, Denver has played just one true home contest – a loss to Golden State. The Nuggets wrap up the preseason on Friday night at home against the Mavericks in a preseason that has seen them play games in seven different cities against six opponents so far. All that is on top of holding their annual training camp in Omaha, Neb. at Creighton University.

Danilo Gallinari led all scorers with 18 points and Jusuf Nurkic had a game-high 13 rebounds, but Denver was unable to overcome a 59-41 halftime deficit despite outscoring Oklahoma City 25-15 in the fourth quarter.

Steven Adams led the Thunder with 17 points on 8-for-12 shooting on the night.

Denver closes out the preseason Friday night against Dallas at Pepsi Center. Tipoff is scheduled for 7 p.m. MDT.