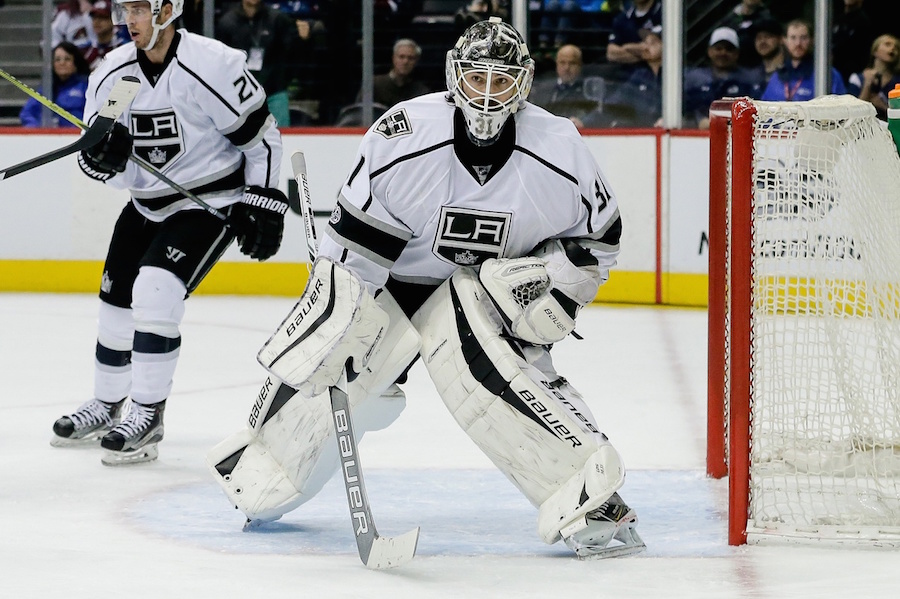 Peter Budaj likes coming back to Colorado, where he spent the first six years of his NHL career. He especially likes it when his current team, the Los Angeles Kings, leaves Pepsi Center with a win. It’s even better when he can help his coach tie a franchise record.

“It’s always fun to play here,” Budaj said after Tuesday’s 2-1 victory over the Avalanche. “It’s a great building, too. I enjoy coming back here.”

The netminder made 24 saves on 25 shots, including critical stops of Mikko Rantanen and Gabriel Landeskog, to secure head coach Darryl Sutter‘s 215 win as head coach of the Kings. The victory ties him for the most all time in Los Angeles, squaring him with Andy Murray. Rantanen scored Colorado’s lone goal in the contest, his 14th of the season.

Budaj has made 50 starts this season for Sutter, the most of his NHL career. His 2.12 goals against average is third in the NHL and has the Kings within two points of a Wild Card spot, behind Calgary.

Budaj played parts of six seasons in Colorado, starting 135 games and posting a 2.83 GAA. Now in his 11th year in the NHL, Budaj is enjoying his best season ever, statistically.

Colorado drops to 16-39-3 with the loss. They travel to Nashville on Thursday. The Predators hold the top Wild Card spot in the West, one point ahead of Calgary and three ahead of Los Angeles.