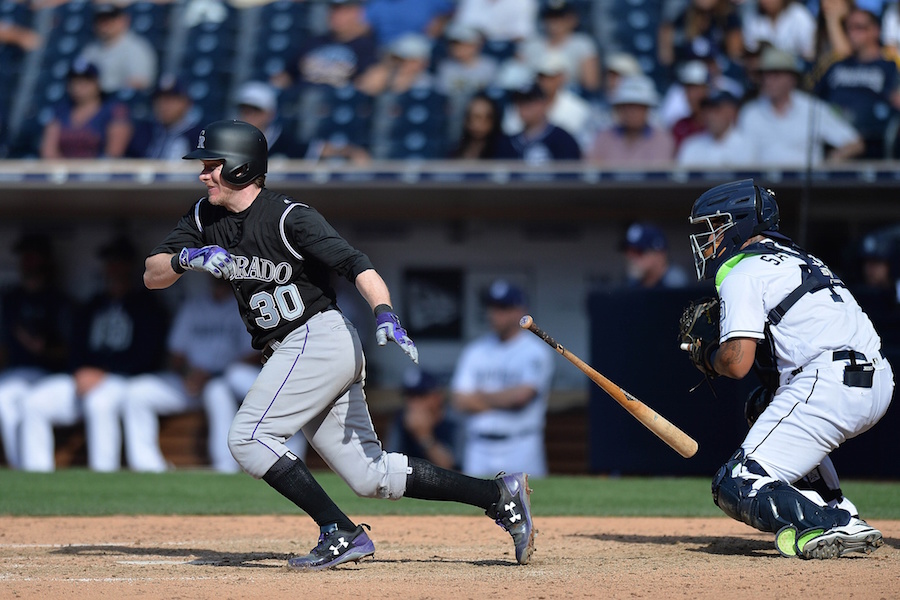 Ryan Hanigan joined the Colorado Rockies this spring on a minor league deal, a 36-year-old journeyman fourth on the depth chart behind Tony Wolters, Dustin Garneau and Tom Murphy. Injuries to Murphy (in Spring Training) and Wolters (on Tuesday) meant Hanigan was getting another taste of the big leagues, and boy did he make the most of it.

In his first start in Rockies uniform, Hanigan drove in a pair of runs in a 3-2 Rockies victory – including the go-ahead run in the top of the 11th inning. He became the 13th player to hit a home run in his Rockies debut, the first since Trevor Story his a pair in Arizona on Opening Day last year. He also became the eighth player to record three or more hits in his Rockies debut. Last, but not least, he caught one heck of a game behind the plate.

Rookie Kyle Freeland had another impressive start, going 6.1 innings and allowing only one run on three hits. He took a no-decision after Adam Ottavino allowed San Diego to tie the game at two in the bottom of the eighth. Scott Oberg (0.1), Mike Dunn (0.1), Jake McGee (1.2) and Chad Qualls (1.0) combined for 3.1 scoreless innings; Qualls (1-0, 2.08) picked up the win pitching the 10th. Greg Holland stayed perfect and secured his MLB-leading 12th save.

Colorado wraps up their six-game NL West road trip to Arizona and San Diego winners of two in a row and atop the division. They return home to Coors Field on Friday for a weekend series with the team chasing them, Arizona. The Diamondbacks have lost two in a row to the Nationals. Tyler Anderson (1-3, 7.71) looks to shake off a rough April in the opener. He’ll have a tough task against Zack Greinke (2-2, 3.19)