The Denver Broncos are almost ready to slink back into the offseason, but first, they must play one last game against a deadly opponent in the Kansas City Chiefs.

How can the Broncos possibly hope to win this game?

How the Broncos can beat the Chiefs

Re-find the run game: It wasn’t too long ago that the Broncos were a legitimate fixture in the AFC playoff picture, and while the defense’s re-emergence was a major factor, the unearthing of an identity-forming ground attack was pivotal to the team’s success.

However, during the last two weeks, the running game was shut down almost entirely, gaining just 101 yards combined against two of the league’s lesser run defenses. Against the Raiders, Melvin Gordon and Javonte Williams combined for a measly eight yards on 14 carries. The next week wasn’t much better, as they could only muster 73 yards on 24 carries.

With the run game performing like that, this offense doesn’t stand a chance, especially considering how Chiefs defensive coordinator Steve Spagnuolo has feasted on Drew Lock in the past.

Convert in critical situations: Along with the vanishing ground game, another problem that has plagued the Broncos throughout this two-game stretch has been the inability to convert on third down, fourth down, and in the redzone.

While the Broncos have had those problems all season long, it’s been greatly exacerbated in recent weeks.

On the far right of the image below, you can see how the Broncos’ recent conversion rate stacks up to the rest of the league. 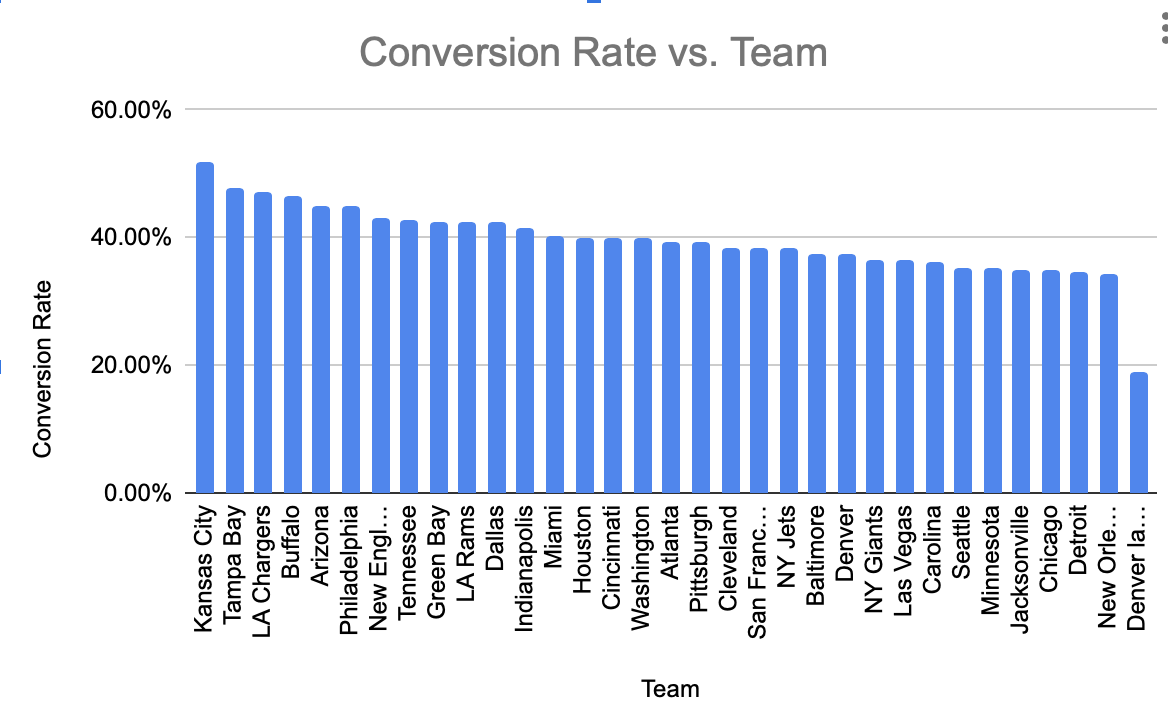 If they continue to flounder in these must-have moments, the Chiefs will embarrass them in front of the nation on Saturday.

How the Chiefs can beat the Broncos

Keep doing what they’ve been doing: The Chiefs have the Broncos number.

Maybe the offense hasn’t quite mastered how to attack Vic Fangio’s defense yet, but without Patrick Surtain II and Ronald Darby, they should be much easier to attack through the air.

However, the Chiefs’ defense really has the Broncos’ number. They have consistently gifted Lock some of the worst games of his career, and when Teddy Bridgewater got a chance to face off with them earlier this year, they gave him one of his worst starts in orange and blue.

Steve Spagnuolo’s hyper-aggressive style completely blows up Pat Shurmur’s attack. We’ve seen it three times before, and it only seems wise to expect to see it again come Sunday.

The Chiefs are just a much better team than the Broncos and they have so much more to play for.

There was a point in time when it felt like the Broncos might finally snap the losing streak this year, but now, that seems incredibly far-fetched. This late-season iteration of the Broncos feels like one of the least watchable and functional units in the sport.

Time for Old Yeller to go out to pasture.