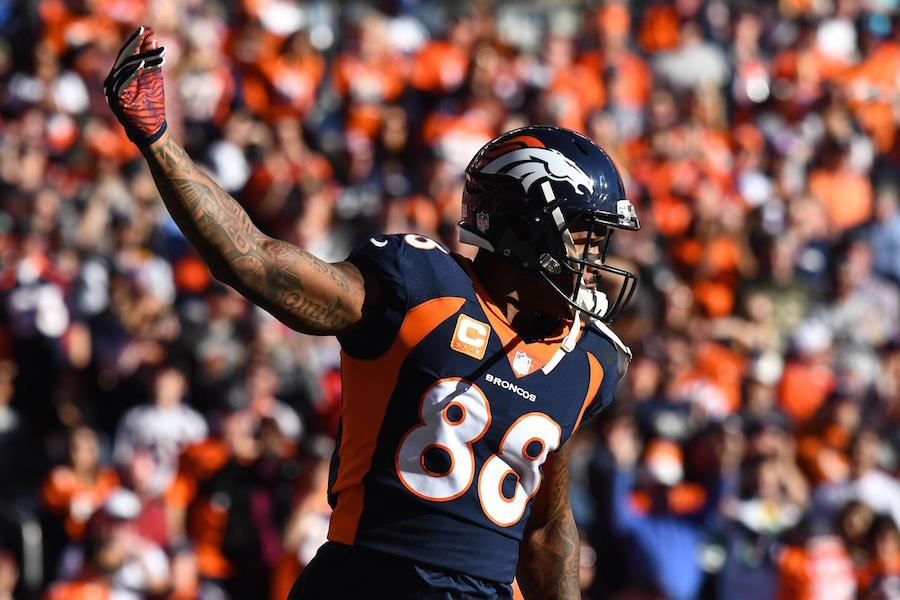 As Broncos Country mourns the loss of future Ring-of-Famer Demaryius Thomas, Denver finds itself preparing to play a pivotal game.

The Detroit Lions come to Empower Field at Mile High this week with a battered roster, as they have 21 players listed on the injury report heading into the matchup with the Broncos.

Coming into Denver with the worst record in the NFL, the 1-10-1 Lions do not have the talent or depth to overcome such attrition. However, the Lions cannot be counted out, they are playing competitive football over the last four weeks.

A bad opponent with loads of injuries and illnesses against a team with post-season aspirations, this matchup has all the makings of a trap game. The Broncos are coming off a tough loss in Arrowhead against the Chiefs and could potentially underestimate this week’s opponent.

Despite a 12th consecutive loss to the Chiefs, a playoff berth is still in front of the Broncos. Denver faces five winnable games to close out the year, but they cannot afford to overlook the Lions if they want to see postseason play for the first time since Super Bowl 50.

To earn a win against the Lions, the Broncos will face their biggest opponent of the season; heartache.

Denver must harness emotions and play together Sunday

Playing well Sunday is the Broncos’ expectation, as they are significant betting favorites, earning a 10-point spread from Vegas. However, winning is hard, and that is especially true when playing with a heavy heart.

The loss of the legendary wide receiver, Thomas, has reverberated throughout the locker room. Thomas’ impact can be seen from all around the NFL community as players, coaches, fans and media alike posted countless tributes to one of the game’s most humble stars.

With emotions high, the Broncos must battle their inner demons to come out with a win Sunday.

Overcoming that grief can look different for everyone. For the Broncos to beat the Lions, the team must use the emotion as a positive.

Coming out strong will help a Broncos team remain focused and confident. If things become difficult, the group may become overwhelmed by their sadness.

There’s more to grief than sadness. Sadness is not the only way to cope, and it is okay to feel happy and even joyful at times during the grieving process.

The American Psychological Association (APA) that mourning the loss of a close friend is hard and takes time. However, research suggests it can be a catalyst towards a renewed sense of meaning.

Additionally, players and fans should understand that grief does not have only resemble despair.

Honoring the lives of others can be celebratory, as it should be Sunday.

Fortunately, this Broncos team is filled with leaders committed to helping the team stay focused on their goals Sunday. Whenever they have seemed out of it this season, this team has found a way to bounce back.

They will need that leadership and experience in Sunday’s game to ride the waves of emotion and find their way through, together.

Tragedy can divide, or it can unite. Going through a trying event can help fuse a bond, something Broncos Country and the players desperately need right now.

Broncos will play together, rally in memory of Thomas

Coming together Sunday would provide a sense of healing for fans and players. Look for the Broncos to use the passion and emotion from the stands to keep their adrenaline up, and hopefully their focus as well.

Denver is going into a game with the rare advantage of having superior talent at every position group on the field. With this overwhelming advantage, the only thing standing in the Broncos’ way is their own emotions.

With the hope to fulfill season-long goals while doing so for No. 88, the Broncos won’t let up Sunday.

There is little doubt that leaders such as Justin Simmons, Courtland Sutton and others will help point the team’s passion and energy in the right direction. If the Broncos can harness their emotion the Lions won’t be pulling off an upset any time soon.

And if the Broncos do falter, the memory of Thomas should guide Broncos Country to simply smile as he would have. In the end, Sunday is about coming together and enjoying the game Thomas loved, and letting the healing begin.