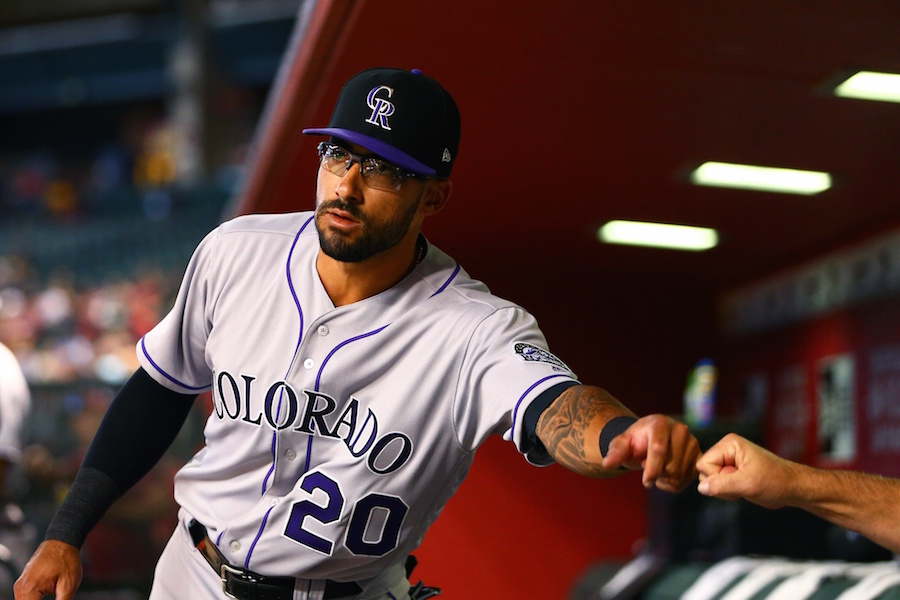 It’s a great thing Ian Desmond made it back to the Colorado Rockies this month after missing all but one game in April with a broken hand suffered in Spring Training. And it has nothing (okay, not everything) to do with his value on the field.

May is Neurofibromatosis (NF) Awareness Month and this month Desmond is donating $1,000 for every run he scores this month to try and find a cure.

May is Neurofibromatosis (NF) Awareness Month, to raise money for the cure my family will donate $1,000 for every run I score this month…

No wonder he worked so hard to score that first run on Tuesday against the Padres. After lining a single, Desmond stole second base and then hustled home on a two-base throwing error. He busted out the big stick on Wednesday to tally another two runs scored thanks to a pair of home runs.

That brings his total to $3,000 committed to finding a cure for neurofibromatosis through only two games. At this pace, he’ll be donating north of $43,000 by month’s end.

Neurofibromatosis, according to the Mayo Clinic, “is a genetic disorder that causes tumors to form on nerve tissue. These tumors can develop anywhere in your nervous system, including your brain, spinal cord and nerves. Neurofibromatosis is usually diagnosed in childhood or early adulthood.”

Desmond became an advocate for neurofibromatosis in 2012 when he connected with Ethan Brown, a young man he met through the website Unashamed Athletes. The Washington Post published a series of moving stories about Desmond and Brown’s relationship that are well worth the read.

MLB published this video on YouTube in 2014, when Desmond played in Washington, to help him spread his message and awareness.

In 2014, Desmond and Nationals fan blog Nats Archive raised over $32,000 via an Indiegogo campaign.

Proceeds from the fundraiser benefitted the Children’s Tumor Foundation, “a 501(c)3 charity with a four-star Charity Navigator rating. CTF is dedicated to improving the health and well-being of individuals and families affected by NF through research and outreach programs,” according to the Washington Nationals website.

For more information or to support the organization, visit CTF.org.