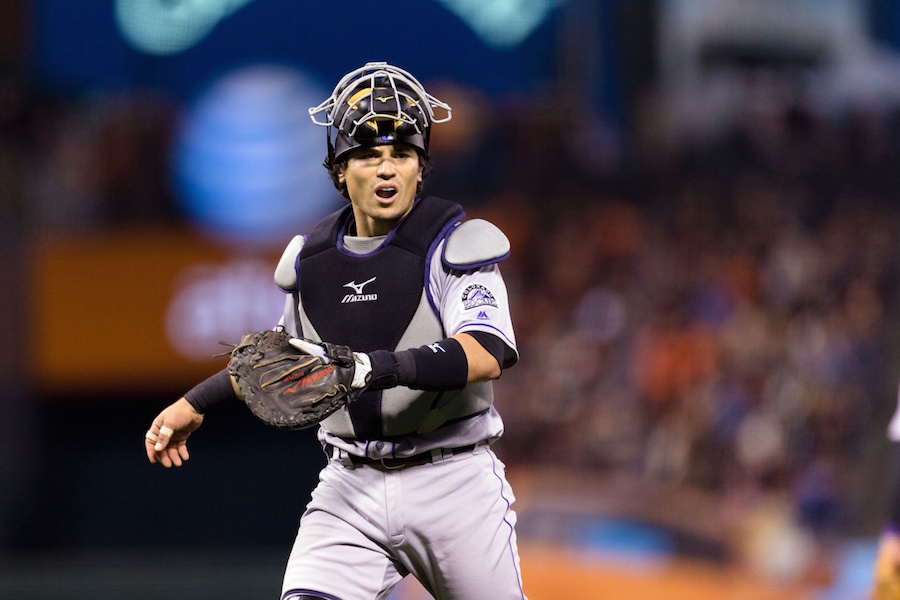 The injury hits just keep coming for the Colorado Rockies. Two games after finally seeing Ian Desmond take the field in a Rockies uniform, Colorado has lost another key player.

Catcher Tony Wolters took a bat to the head in the seventh inning of Tuesday night’s series opener at San Diego and removed himself from the game after missing the next pitch from Carlos Estevez.

Postgame, Thomas Harding of MLB.com reported that Wolters has a concussion and is undergoing protocol. Nick Groke of the Denver Post reports Wolters will be out at least seven days. Wolters missed time in June 2016 on the concussion DL, as well.

Wolters is hitting .356 in 52 at-bats in 17 games this season. Wolters has split time with Dustin Garneau, who is the other catcher on Colorado’s 25-man roster

As of Wednesday morning, Colorado had not made a roster move in response to Wolters’ injury, but is expected to call up veteran Ryan Hanigan from Triple-A. Hanigan, 36, was signed to a minor league deal this offseason.

It is the second injury to a catcher suffered this year, after the Rockies lost Tom Murphy to a broken arm during spring training.

Desmond played in his second game of the season on Tuesday night, recording a hit, a stolen base and scoring a run on a two-base throwing error in a 6-2 loss, after breaking his hand in a Cactus League game in March.

Colorado is also without David Dahl, who played in 63 games and hit .315 during the second half of last season. Dahl suffered a rib injury during Spring Training that has prevented him from doing much baseball-related activities. On Tuesday, manager Bud Black said Dahl is still “a ways away” from a return.

On the mound, Colorado lost No. 1 starter Jon Gray in April to a stress fracture of his left foot. His return is not expected until June. The Rockies are also without last year’s winningest pitcher, Chad Bettis, who recently wrapped up a final round of chemotherapy as he continues to battle cancer.