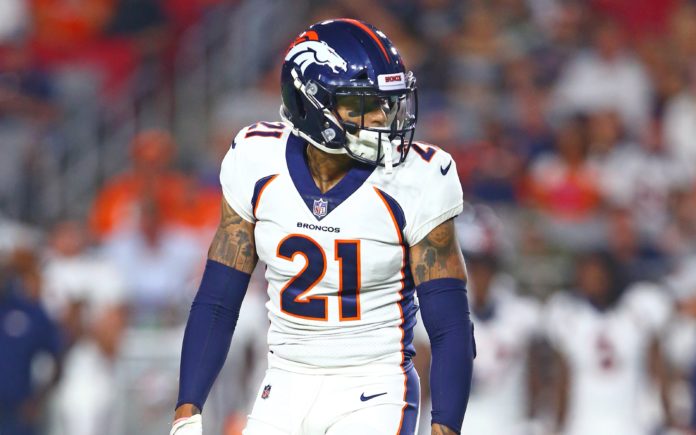 After playing in just five games during his first season in a Broncos uniform, Su’a Cravens is aiming to make a more significant impact this year. Through a couple weeks of training camp, there is unmistakably a different type of energy with Cravens’ body language and tone of voice. It is safe to say Cravens is hoping to break out in a big way and show off the speed he plays the game with, along with the remarkable athleticism he possesses.

Cravens joined Eric Goodman and Les Shapiro on Mile High Sports AM 1340 | FM 104.7 to chat about some of the Broncos off-season changes and the type of player he can be.

“It has always been, either I am hurt or just a preference,” Cravens said when describing his two seasons playing in the NFL.

Cravens continued by praising Vic Fangio for only caring about the play of his players because that is what football is about – winning games. As a hybrid safety/linebacker, Cravens has had a bit of trouble fitting the scheme of some defenses, but he is confident Fangio and the coaching staff will find the proper role that best suits his skill set.

When asked about not playing last year after returning from injury, despite being healthy, Cravens responded, “I know I wasn’t not playing because of skill or talent and it was frustrating because I felt I could have helped win games.” During the 2018 season, Cravens totaled 18 combined tackles and one fumble recovery, playing 117 defensive snaps.

Cravens hinted at his propensity to question authority in the past and how it has hurt him. “In this game, if somebody feels like you are wrong, you are wrong, and if you question it, your future can change,” Cravens said. After a solid rookie campaign with the Washington Redskins in 2016, Cravens briefly hung his cleats up and retired, but was reinstated by the league after the 2017 season. He was traded to the Broncos from the Redskins in March of 2018.

Cravens also expressed his love for the city of Denver and its people. “I have been helping in the community more than I have ever been because I love the people here; I just love the city,” Cravens said.

According to the Broncos depth chart on the team website, Cravens is listed as the backup strong safety, behind Kareem Jackson. 2019 is a critical year for Cravens and if he is able to stay focused and motivated, we could see the player the Broncos hoped for when they traded for him last offseason.

You can listen to the full interview here or below, including what he had to say about Broncos fans.

Catch Afternoon Drive with Goodman and Shapiro every weekday from 4p-6p on Mile High Sports FM 104.7 | AM 1340 or stream live any time for the best local coverage of Colorado sports from Denver’s biggest sports talk lineup. Download the all-new free Mile High Sports Radio mobile app for Apple or Android.