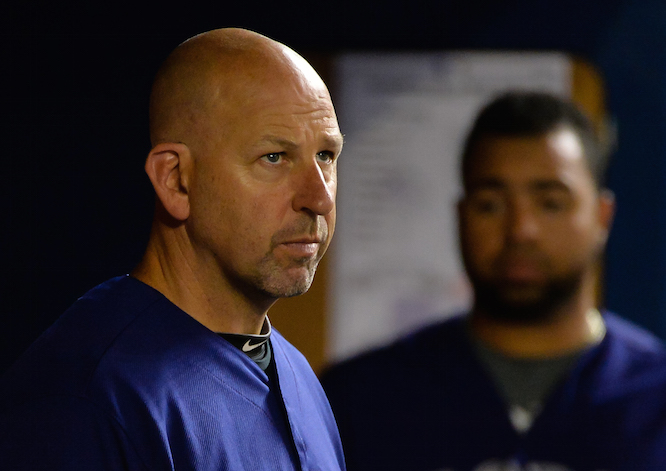 Mom… Dad… Are we there yet?

How much longer? When will we get there?

Like a family truckster endlessly driving into the miserable abyss, the Colorado Rockies are in the midst of what seems to be the longest summer trip ever. Dick Monfort and Walt Weiss are taking turns driving and riding shotgun, while fans and players alike are piled in the back – whining, whimpering and tortured. Little Nolan Arenado – stuffed between the hatchback door, Daniel Descalso and a pile of fast food wrappers – looks as if he’s been “holding it” for the past 27 rest stops.

We all remember what Rocktober looks like, but it’s an image that’s getting smaller and smaller image in the rearview mirror with every passing moment. It’s a distant memory that almost doesn’t seem real any longer. The Rockies seem content with keeping Rocktober right where it is – in the past.

How bad has it become?

Back in ’93, that was okay; the Rockies were new and fun and Denver had never claimed one MLB victory, much less 50. Today, it’s no fun at all.

It’s become so bad that “the franchise” is off playing in Toronto for a playoff team. In his place stand three, soon-to-be-ruined pitching prospects and an aging, Punch-and-Judy shortstop, who just ripped his new team in the papers.

“I’m at the point in my career that I want to win,” Reyes told the Denver Post over the weekend. “I say it over and over. I want to win. I don’t want to spend the rest of my career on a last-place team. That’s not the kind of player I feel like I am.”

The problem is that Reyes is a winner, not a whiner. He’s got the right to feel the way he does. He’s got a 13-year career of getting it done to back up his comments. And it’s funny that Reyes – a player who hasn’t been brought up through this “Rockies Culture” we hear so much about – was the one to finally just tell it like it is. Coming from the AL East-leading Blue Jays, Reyes knows what a winning culture looks like – and glancing up to see himself as a Star Wars character on the scoreboard in the heat of August isn’t it.

Last night in Atlanta, the team’s “ace,” 34-year-old Jorge De La Rosa (7-6, 4.61 ERA), pitched seven innings, allowing nine hits, four walks and five runs. Of course, the Rockies couldn’t match the offensive efforts of the Braves, who currently sit at 54-71 with no shot at making the playoffs. Another loss.

The Rockies have lost 12 of their last 14 games. They own the worst team ERA in the majors (5.71). Colorado’s bullpen is the worst in MLB, possessing the worst ERA (5.00), the most walks (180), the highest batting average against (.276) and 19 blown saves (only Atlanta [21] and Oakland [20] have more). Meanwhile, the club ranks fifth in all of baseball in runs scored. It feels like the Rockies have accepted the notion that good pitching just can’t happen at altitude.

Gone is the small market excuse. Kansas City went to the World Series last season and won its 50th game this season back on July 9. Gone too is Dan O’Dowd, the only significant offseason change made by the Rockies. Yet, in his place sits Jeff Bridich, who came up through the very system O’Dowd put in place. Only time can fairly judge Bridich, but for right now, it looks like the only change in the office of GM is the nameplate on the door. That Rockies Culture, thank goodness, remains intact.

On what feels like the longest and worst summer trip ever, Oct. 4 can’t arrive soon enough. And while they grind out the nearly six remaining weeks, it sure feels like the Rockies have reached Rock Bottom.

It’s time for a change, better yet, sweeping change. We’ve been down this road too many times before.