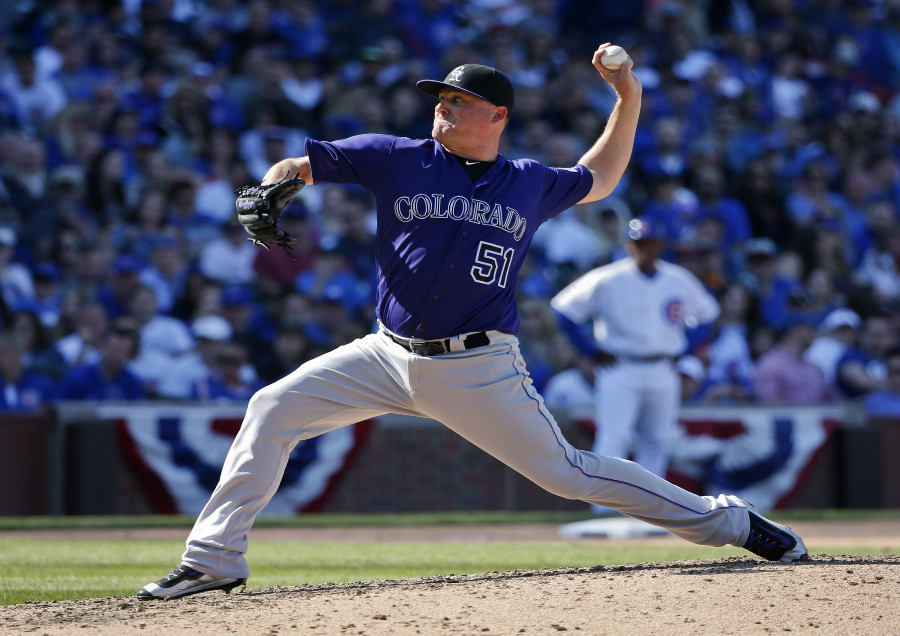 The Rockies’ loss Sunday was, well, awkward. The game was filled with many peaks and valleys with the end result not favoring the Colorado Rockies.

Colorado called upon closer Jake McGee to protect a three-run lead with only three outs remaining in the game.

McGee, who had been perfect in save situations prior to Sunday, lost command of his pitches, which ultimately led to the Los Angeles Dodgers exploding, scoring five runs in the ninth.

“I was just trying to make good pitches and I didn’t make the right pitches at the right time, and the right location where I wanted too.” Said McGee. “This just wasn’t my day.”

The Rockies had opportunities in the ninth to help McGee out, but failed to do so. Double plays were botched, balls were dropped, and wild pitches were thrown, which ultimately resulted in the loss.

“It’s not easy.” McGee told the media in reference to the defense missing some game-changing opportunities. “At the same time, I have to get ahead of hitters, I can’t let them get into hitters’ counts … you know those things are going to happen here and there in certain games, but today everything happened at once.”

Despite the fact that McGee was struggling, Walt Weiss opted to stick with his closer, which ultimately resulted in a tough loss.

“He’s a strike thrower.” said Weiss. “The strikes that he did throw had a lot of plate, that was the one difference I saw with Jake.”

McGee was somewhat erratic on the mound and threw a wild pitch which led to the tying run scoring from third.

“It just got away from me a little bit.” McGee said in reference to the wild pitch. “I kinda just rushed it a little to much.”

McGee is a seasoned pro that has been in the league since 2010. He has had some ups and downs in his career, but he says one bad outing won’t effect him moving forward.

“Amnesia,” McGee said in reference as to how he will bounce back. “Things happen, every game is different. As long as I am consistent game-in and game-out… this happens to a lot of relievers.”

The Rockies had plenty of opportunities to put the game away. With the starting pitching already an issue, the last thing Rox fans want to have to worry about is closing out games when they do have a lead.

FanDuel Sportsbook Colorado Is Refunding Up To $1,000 In Losses For UFC 253