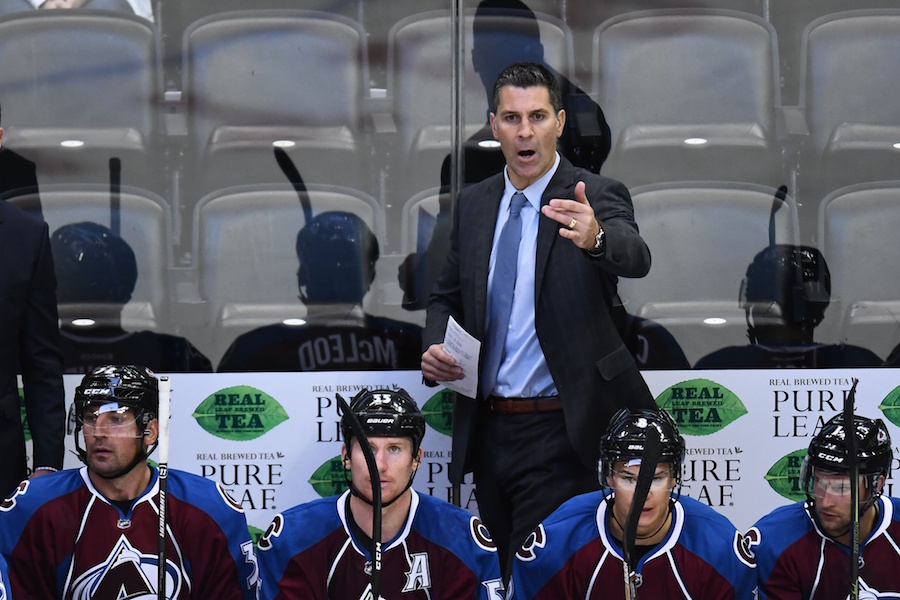 It didn’t take long for the coaching change at Pepsi Center to show its effects. Under new head coach Jared Bednar, the Colorado Avalanche enter Saturday’s opener looking like a rejuvenated bunch fresh off a perfect preseason.

Terry Frei, who covers the Avs for the Denver Post, says fans need to look past the perfect start and more at the change in style of play to be truly excited.

“The exhibition season doesn’t mean anything at all,” Frei told Eric Goodman and Les Shapiro of Afternoon Drive on Mile High Sports AM 1340 | FM 104.7. “I’m not going to contradict myself here but I think that it’s very clear that Jared Bednar is getting his system message across. It doesn’t have anything to do with the wins and losses. It’s about implementing what they’re doing and showing they know what they’re doing. In a sense it’s been productive, but it doesn’t have anything to do with wins and losses.”

Bednar led the Lake Erie Monsters, the Columbus Blue Jackets AHL affiliate, to a Calder Cup title last season. This will be the first NHL job, as either a coach or player.

Coaching young players throughout his career has molded his coaching style to a very fast-paced play. They plan to attack aggressively and move quickly with the puck.

“The game has gotten younger and faster,” Frei said. “Jared Bednar has adjusted to that. They try to avoid dallying in their own end and try not to pass it from defenseman to defenseman. They want to get it right to the forwards as fast as possible and get it up ice. Just be aggressive. There may be mistakes made but they will be mistakes made through aggression.”

The Avalanche finished just five points out of the second wild card spot last season, behind their rival, the Minnesota Wild.

Colorado opens the 2016-17 season on Saturday at home against the Dallas Stars. This organization had an interesting off-season, losing their head coach, Patrick Roy. Bednar was named as Roy’s replacement and he has not wasted any time changing the pace of play with a talented Avalanche roster.

Listen to the whole interview with Terry Frei, including his thoughts on Patrick Roy as a coach, in the podcast below…