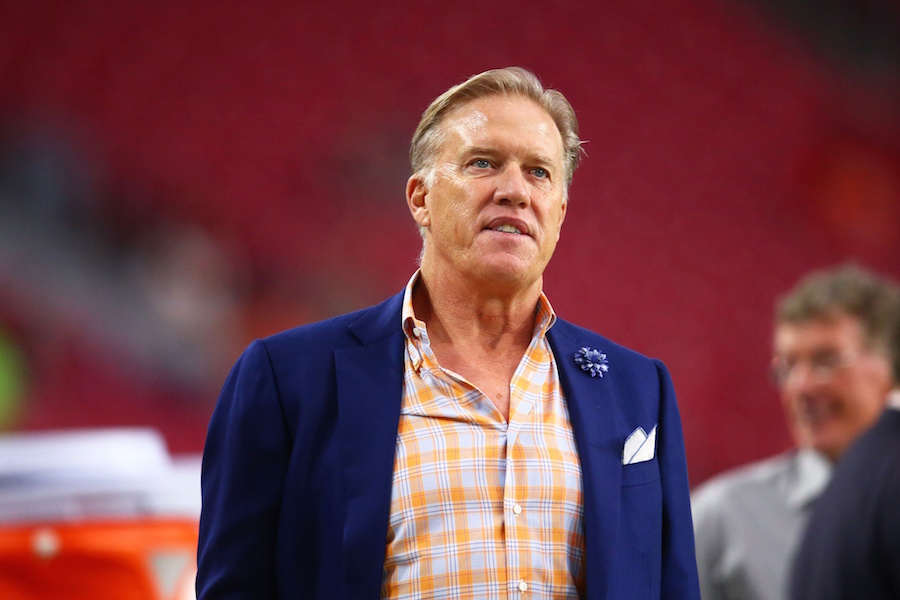 Only the lonely know what John Elway is going through right now.

I’m not saying he ate Thanksgiving alone, but on Black Friday, you can imagine Elway sitting alone in his Denver Broncos office thinking about the path ahead. Maybe Gary Kubiak, a current adviser, walks in the door to talk football, but Kubiak relinquished any appreciable power he had over the team’s direction when he stepped down as coach. Now this is all Elway’s team.

The Denver Broncos President of Football Operations and General Manager is in a position in the organization without opposition. Without obvious delegation of leadership — this team has become Elway’s mess.

In recent years he had Peyton Manning and DeMarcus Ware on the field, John Fox then Kubiak and Wade Phillips on the sidelines. These were powerful people in football who could at least question Elway’s actions and hold them in check.

Right now, Elway may answer to Joe Ellis and the Bowlen family trust, but no one else is questioning him.

Vance Joseph not only doesn’t have control over his players (they’re on edge to the point that a couple of “dustups” broke out at practice on Thanksgiving Day), he doesn’t appear to have much control of the direction of the team. Every big decision feels like it has Elway’s fingerprints all over it, even if Joseph says otherwise.

The best leaders relinquish some power by delegating to those around them. Elway has lost or eliminated those people who once held power, whether it was coaches, general managers or even leaders in the player ranks.

It’s hidden in the camaraderie of the team across position groups and job descriptions.

It’s the voices raised in opposition to the general consensus.

It’s the guy calming down a distressed teammate.

It’s words of encouragement curated to a specific moment.

It’s rallying around a common purpose.

These are foundational leadership principles. The Broncos Super Bowl 50 team had leaders.

This current team does not appear to have real leadership.

A lot of football people have a hard time with the term leadership. Fantasy points can’t measure them. The intangibles like communicating with players, convincing them to follow you and keeping the ship upright can’t be measured.

What is clear in watching this current Broncos team is that it’s missing something we have seen in years past — since Elway took over. They’re no longer a franchise that’s the envy of the league. They’re lost.

When looking at individuals, their leadership talents aren’t always labeled as leadership.

Peyton Manning: The Hall of Fame quarterback who brought a sense of calm to a chaotic team.

DeMarcus Ware: The heart of the defense demanded respect from a rowdy group of the best-assembled talent in the league.

Wade Phillips: A defensive coordinator adopted by his players as one of the guys.

Gary Kubiak: A coach so beloved by his team that he was constantly mentioned as a reason the players wanted to compete.

T.J. Ward: The Swiss Army knife of the defense. Not only could he rush the passer and defend the end zone, he could also be the tough guy and the consoler.

Not all of those vacancies are exclusively the fault of Executive Vice President of Football Operations and General Manager John Elway. How he’s handled their replacements might be.

John Elway was the ideal leader for the Broncos when he came into the organization. He was very good at surrounding himself with smart football people to help guide the team through transition. During that time, John Fox and Brian Xanders were both stabilizing forces for Elway.

The best thing he can do is recruit new, strong allies. He needs to empower others to lead. Elway needs to go back to the earlier days of success and share the responsibility.

It’s how Elway’s first winning run with the Broncos was built.