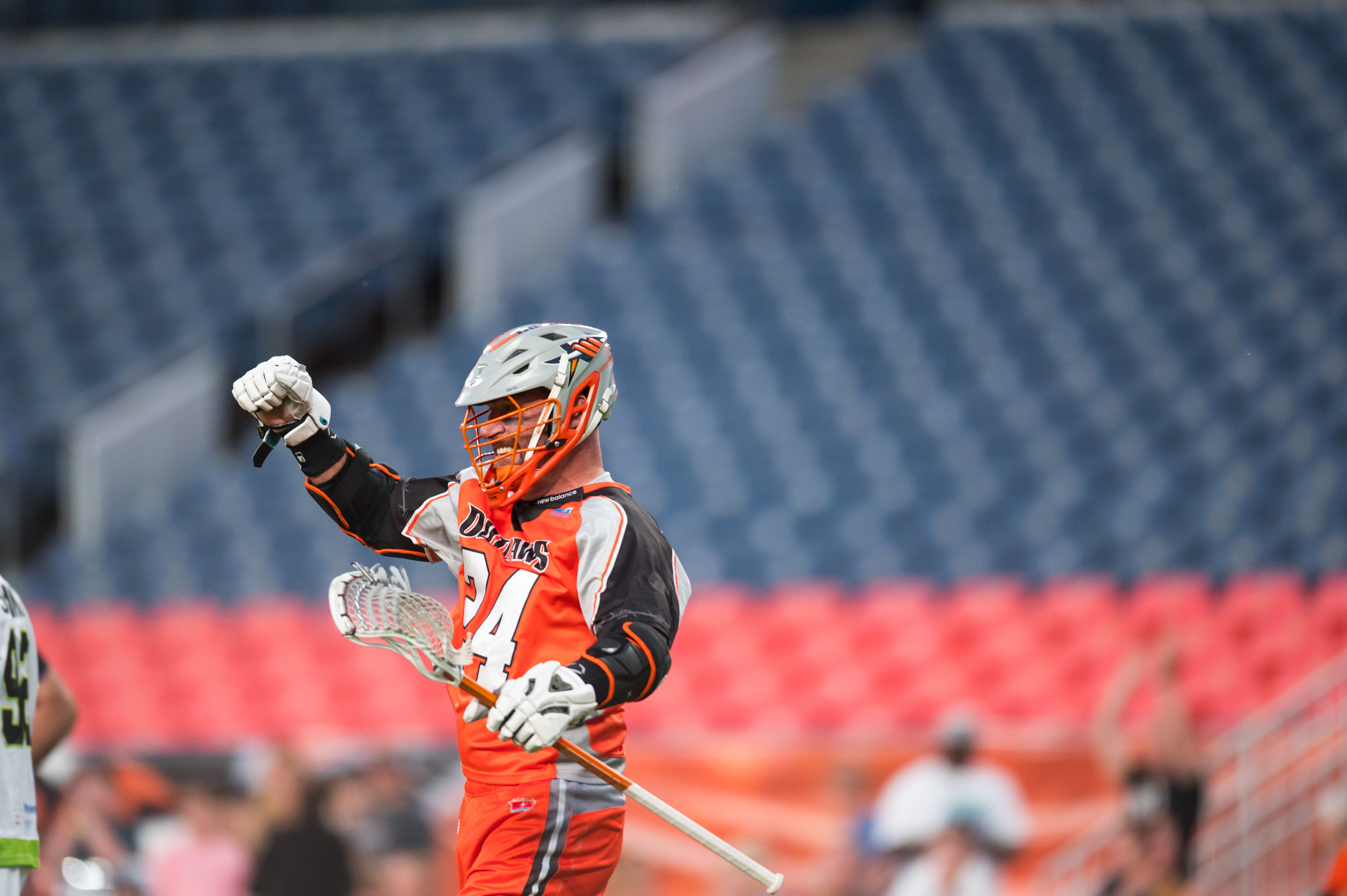 Grant Jr. scored his 572nd career regular-season point early in the first quarter, passing Paul Rabil (571) for the top mark in the league record books. The 44-year-old attackman also supplanted Rabil for the top spot on the league’s career regular and postseason scoring list in Week 3 this season.

Leading all scorers in the game, Grant Jr. tallied a season-high seven points (2 goals, 5 assists) on the night, six of which came in the opening half. Rookie attackmen Ryan Lee (3 goals, 2 assists) and Chris Aslanian (3 goals, 2 assists) each tallied five points, and midfielder Zach Currier scored the first two-point goal of his career.

After Denver scored the first goal of the game, New York answered with six consecutive goals to lead 6-1 midway through the first quarter. The Outlaws responded with a subsequent 10-2 scoring run, however, and held an 11-8 lead at halftime. The game drew even at 12-12 late in the third quarter, but Denver used a game-closing 4-1 scoring run to end its four-game slide.