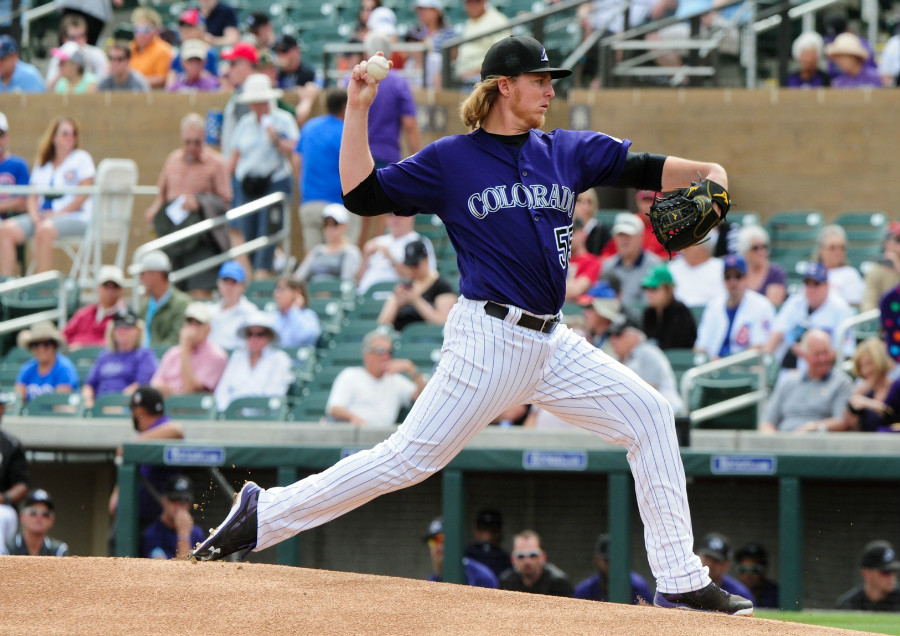 Colorado Rockies pitcher Jon Gray has been tentatively scheduled to make his first appearance of the year against the division rival Los Angeles Dodgers.

Gray rejoined the club Monday after spending time with Class A Modesto, rehabbing an abdominal injury.

He threw a side session on Tuesday in preparation for his return, which is currently penciled in for Friday.

“We’ll watch Johnny throw his side (session) and a make a decision in the next couple of days,” Rockies manager Walt Weiss told Patrick Saunders of The Denver Post on Thursday. “We have big plans for Johnny this year. When he’s right, he can certainly help us.”

Gray suffered the injury at the tail end of camp for the Rockies, and was 0-2 with an ERA of over five in his first Major League season.

Patrick Saunders confirmed Tuesday that the plan remains the same for Gray.

#Rockies Jon Gray says the plan is for him to start Friday vs #Dodgers at Coors Field. As we expected.

“That’s the plan,” Gray said Tuesday before the Rockies played the Reds. “I feel great, 100 percent. I can’t wait to get started.”

Expectations are high for Gray, as he was expected to make the starting rotation out of spring.

“I feel strong, really good. Stronger than I have felt all spring,” Gray said.

The Rockies pitching has been solid at times to start the season, so getting Gray back only gives the Rockies and manager Walt Weiss more flexibility in the pitching department.