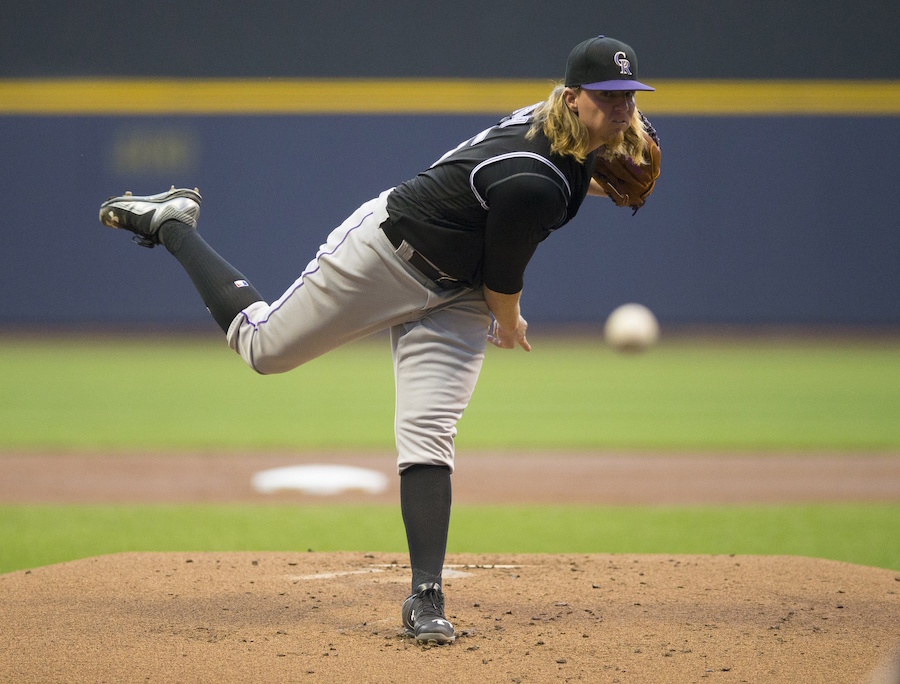 On a night when the Rockies needed Jon Gray to give them a big effort, the big right-hander delivered. The bullpen, however, could not. A 6-4 loss has the Rockies now six games below .500 and seven games out of the final Wild Card spot.

Over six innings pitched, Gray struck out 10 Brewers and allowed two runs at Miller Park on Tuesday. He even doubled in the top of the sixth inning to double Colorado’s lead at the time, 4-2. At one point Gray had retired 11 consecutive Brewers.

Unfortunately for Walt Weiss, retiring three Brewers in the seventh inning proved too problematic for the bullpen. Jake McGee, Boone Logan and Carlos Estevez combined for three outs and three runs allowed to send Gray to the showers with another wasted effort.

It was a much-needed bounceback game for Gray, who had allowed 18 earned runs over 12 innings in his last three outings. Tuesday’s no decision marks the eighth time this season that Gray has surrendered three or less runs over at least six innings and the Rockies have failed to deliver a victory.

The only real smirch on Gray’s night was a wild pitch in the second inning that allowed a run to score.

Rookie Matt Carasiti helped solidify the loss, allowing another run in the eighth.

The Rockies sent the potential-go ahead run to the plate in the ninth, but Nick Hundley went quietly into the night to hand Corey Knebel his first Major League save.

The lone bright spot on offense was Nolan Arenado, who was 3-for-5 with a three-run home run – his 33rd on the season.

Another possible win slipped from Jon Gray’s clutches and the Rockies slipped further back in the standings yet again. What could have been a statement road trip and a chance to climb back into the thick of the NL Wild Card race appears to be already careening out of control.

Colorado concludes the three-game series with Milwaukee on Wednesday. They travel to Washington D.C. for a three-game series starting Friday before returning home to Denver to finish the month of August against the Dodgers.