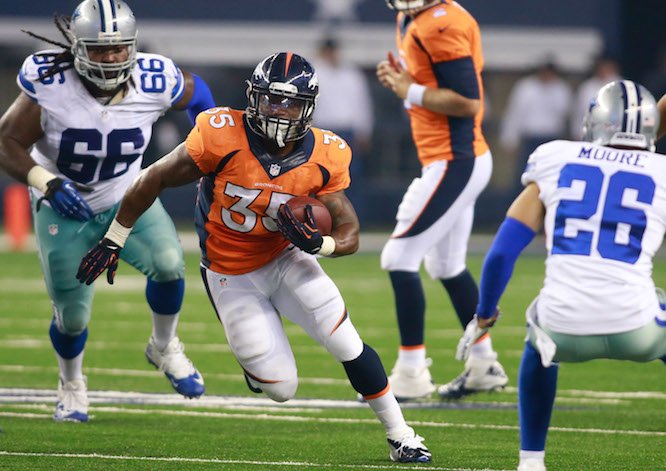 With DeMarcus Ware out this weekend, former Colorado State star Shaquil Barrett will get his first start as a Denver Bronco, but apparently he won’t be the only Ram getting a shot to shine on Sunday.

Kapri Bibbs, who spent last season on the Broncos’ practice squad with Barrett, was signed to Denver’s active roster Saturday morning and should get the chance to play Sunday against the Browns.

The Broncos entered the 2015 season with high hopes for both CJ Anderson and Ronnie Hillman, but after five weeks of uninspiring play at the running back position, Gary Kubiak is giving the young guy a shot.

At CSU, Bibbs only played one season for the Rams, but what a season it was. The junior college transfer broke CSU’s single-season records for rushing yards (1,741), touchdowns (31) and points (186).

Right now, Bibbs is being granted a golden opportunity. The Broncos starting running back position is up for grabs, and if he can take the reigns and run with them, there’s no reason to think he can’t be the long-term answer.

And just in case you forgot what he’s capable of, check out Bibbs’ CSU highlights: