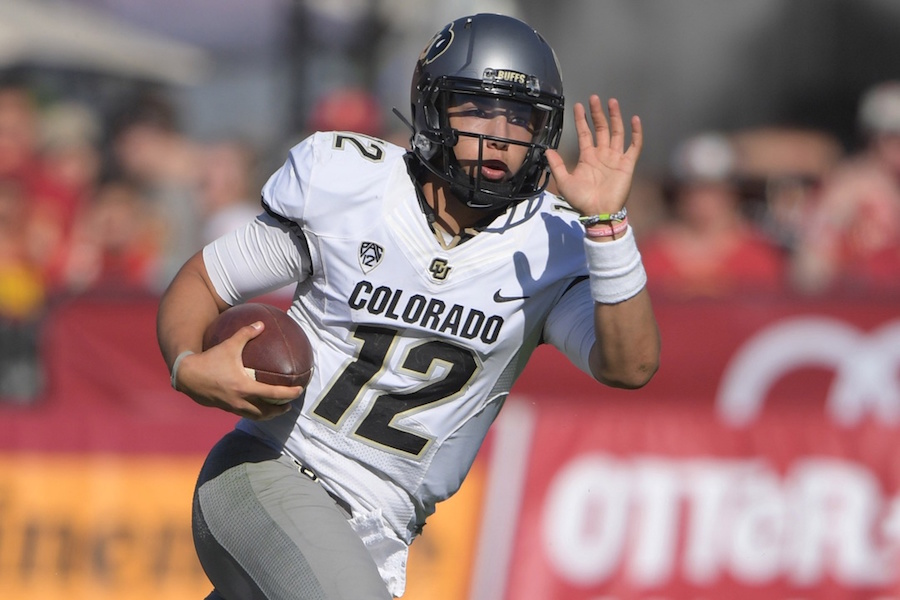 The Colorado Buffaloes (5-4, 2-4) registered their most complete game of the year, a convincing 44-28 win against California Golden Bears (4-5, 1-5) last Saturday. CU looked smooth in all three phases of the game for the first time this season. Can they sustain that type of momentum for consecutive weeks is the question. Well, they get the chance to answer that Saturday, Nov. 4, when they face off against the Arizona State Sun Devils (4-4, 3-2) who need a win just as badly as the Buffs do. Here’s a few interesting things to take a look at on Saturday.

Bowl eligibility is on the horizon

Colorado is just one win away from making a second consecutive bowl game. That would be an impressive accomplishment considering they lost their first four of five conference games in 2017. They are facing off against another team that has also lost a few division games and is coming off of a 48-17 blowout loss to USC. With the Sun Devils reeling, this is the perfect spot for the Buffs to get the win they desperately need to clinch their sixth win come Saturday. It won’t be easy, but the Buffs say they understand what they have to do, now it’s time to go out and get it done.

Phillip Lindsay only getting better

To say Phillip Lindsay has been on a tear as of late would be an understatement. He is ranked 3rd in the NCAA in rushing right behind Stanford standout Bryce Love and San Diego State’s Rashaad Penny, as he has 1,254 yards on the ground, 11 touchdowns total. While he hasn’t hit pay dirt the last two weeks, Lindsay is coming off of a game where he had 161 rushing yards on 33 attempts.

Redshirt-sophomore quarterback Steven Montez has been on a bit of a roller coaster ride this year. After his benching in the Wazzu game, Montez received the message and stepped up, completing 20 of his 26 passes for 347 yards and three touchdowns, posting a career-high passer rating in the process. The Sun Devils are coming off of a game where they let USC quarterback Sam Darnold throw for 266 yards and three touchdowns. Colorado has to think this is a good chance to find consistency in their passing game if they can protect Montez. He’ll need to play with the same chip on his shoulder as last week to ensure a Buff victory.