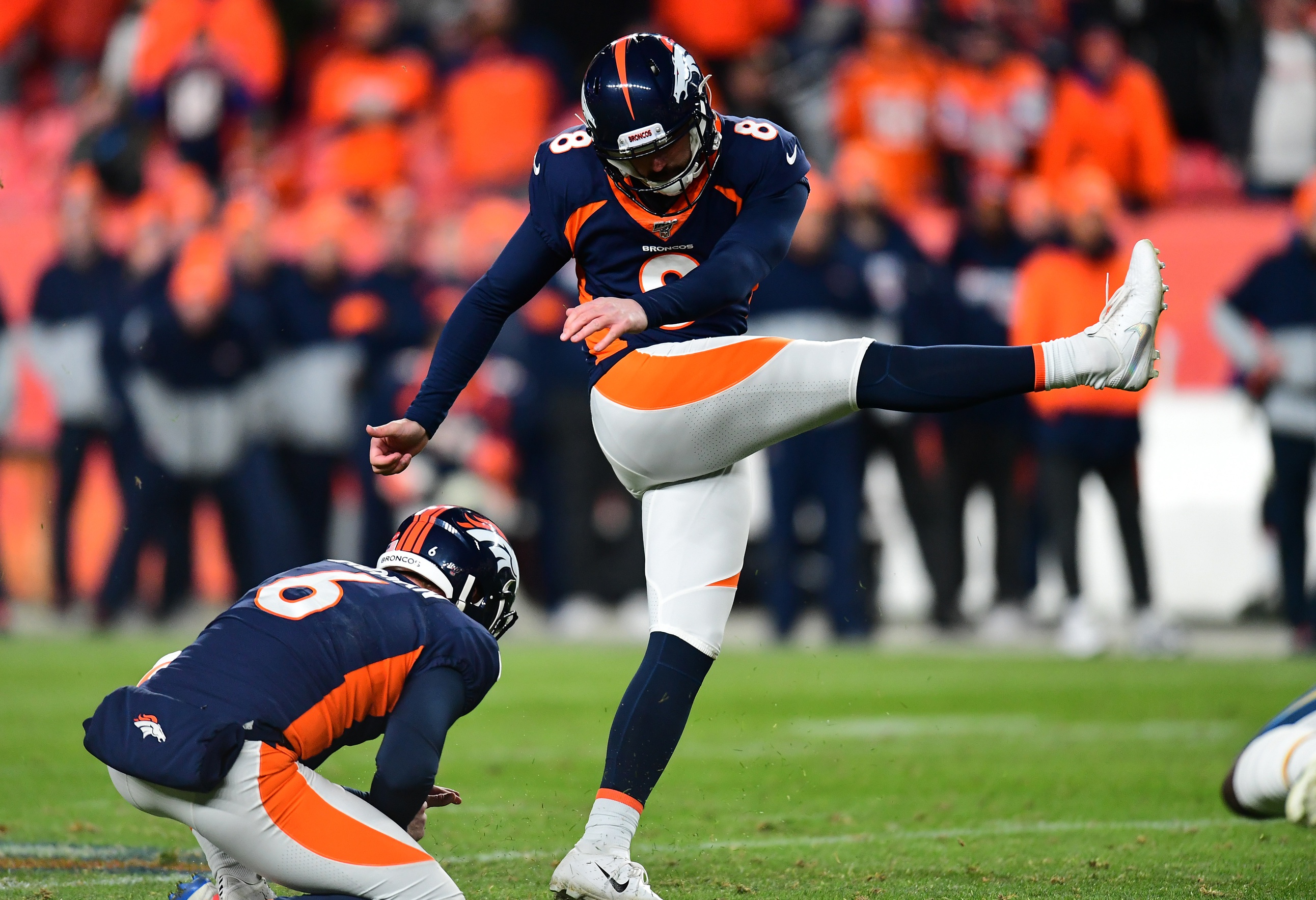 Or was it, Kickers Screaming?

Or possibly, Not kicking… then screaming?

Those three words encapsulated the mutual parting of ways between the Broncos and former head coach John Fox; the phrase became somewhat of a mantra for the organization. At his 2014 postseason press conference, President of Football Operations John Elway famously said, “Two years in a row, it didn’t feel like we went out kicking and screaming.” From that point, Fox was instantly and forever known in Denver as the coach who didn’t go down kicking and screaming. Whether it was his decision to sit on the ball with Peyton Manning at his disposal, or going out with a whimper against the Colts in the 2014 postseason, Fox, it seemed, rarely kicked or screamed.

So, when Elway made a change, and the Broncos kicked and screamed their way to a victory in Super Bowl 50 the very next season, Kicking and Screaming was not only brought back to life, but the phrase was also validated. Broncos teams that kick and scream win. Those that don’t, don’t.

On Sunday, a Broncos team that had done very little kicking and screaming up to this point, kicked and screamed just enough.

As the first half wound down, Broncos kicker Brandon McManus trotted out to attempt what would have been a 65-yard field goal with :01 remaining on the clock. A successful kick would have put the Broncos up 20-10. Denver, behind rookie quarterback Drew Lock, had jumped out to an impressive 14-3 lead in the first quarter. But the air was taken out of the ball (or, perhaps more accurately, the ball was taken out of the air); Lock was – more or less – asked to handoff for the better part of the second quarter– almost as if the 3-8 Broncos were desperately clinging to a lead.

And then, Vic Fangio called McManus back to the sideline.

And the kicking and screaming ensued.

McManus, a steady – seemingly calm and quiet – veteran kicker, basically lost his mind. He screamed back at Vic Fangio. He spiked his helmet on the turf near the Broncos bench. McManus exhibited the kind of kicking and screaming that Elway supposedly demands.

Fangio, in that moment, did not.

Perhaps attempting a 65-yard field goal isn’t “safe”, but sitting at 3-8, with only one second remaining on the clock, what was there to lose? After all, McManus has the leg. There wasn’t a Hail Mary to follow, either. The decision reeked of complacency; it stunk like the Broncos record.

If not for a strange twist of fate, that play (paired with the conservative play calling throughout most of the second and third quarter) might have been the one Elway pointed to in January when explaining why Fangio was shown the door. Like Fox, Vangio has rarely showed the characteristics of a kicker-and-screamer. Sunday’s game against the Chargers perfectly illustrated this.

With the game tied (yes, the Broncos once again let a large lead slip away), 14 ticks on the clock and the ball on the Broncos 28, the safe play would have been to take a knee and let the rookie quarterback go try to win it in overtime.

Almost inexplicably, Fangio decided to let Lock air it out. While Lock’s pass fell incomplete, a pass interference call was made. Moments later, McManus – of all people – got a chance to win the game with a 53-yard field goal. And he drilled it.

Broncos win, 23-20. The Screaming Kicker trots off as the hero of the day. And the Broncos move to 4-8 on the year.

Who knows why Fangio did what he ultimately decided to do? It was the most un-Uncle-Vic call of the season. It was almost as if someone whispered into his ear, “Hey man, you’re gonna go the way of John Fox if you don’t go down kicking and screaming.”

Whether that happened or not we’ll never, but Fangio kicked and screamed just enough (and got a little lucky) to get the win.

Before anyone paints Fangio as the hero, however, one kick followed by joyous screaming should not define the coach’s season. In reality, that lone kick might have saved his job, but who Fangio is (and isn’t) can’t be defined by a single kick. By and large, the coach has been far too conservative and ultimately ineffective.

Whether or not Vic Fangio keeps his job in Denver is probably a discussion for a different day – there are still four games remaining in the 2019 season – but it’s fair to suggest that he needs to be kicking and screaming until the bitter end.

But their head coach still needs to prove he can be one of them, too. If he can’t, he shouldn’t be the head coach of the Denver Broncos.

And who knows, a screaming kicker might have just shown his coach the importance of Kicking and Screaming.

Catching Kansas City: how close are the Broncos?