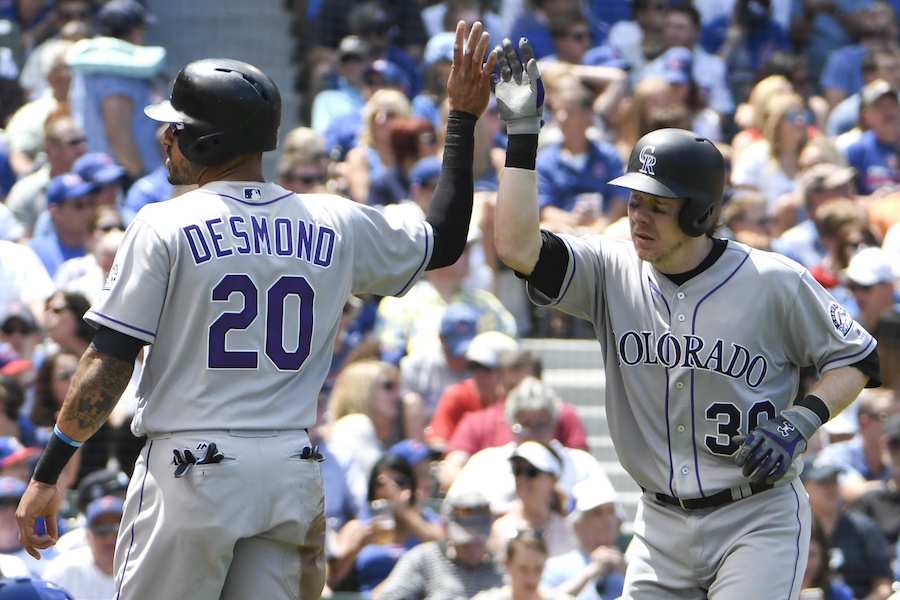 The Rockies won their NL-leading 40th game of the 2017 season with a 5-3 decision over the Chicago Cubs Friday afternoon at Wrigley Field. The Rockies continued their hot streak with their season-high sixth straight victory thanks to a pair of home runs and some clutch pitching out of the bullpen.

The Cubs opened the scoring early by way of a first-inning RBI single off the bat of Jason Heyward. A second run came around to score on the play when Charlie Blackmon bobbled the baseball in the outfield. The Rockies struck right back in the top of the second with a Ryan Hanigan two-run home run to left field. Blackmon added a two-run shot of his own in the fifth to increase the Rockies’ lead to 4-2. Heyward picked up another RBI on a fielder’s choice that drew the Cubs within a run later in the fifth. Nolan Arenado drove in the Rockies’ fifth run of the game in the seventh to close out the scoring and add some insurance.

German Marquez struggled with his command on the mound, lasting only three innings, but he did work out of a bases-loaded jam in the third to keep the Rockies on top. The bullpen quartet of Chris Rusin, Mike Dunn, Scott Oberg and Adam Ottavino turned in a solid outing, allowing just one earned run over five innings of relief. Greg Holland picked up his 23rd save of the season, working around two walks and a hit batter to turn in a scoreless ninth and secure a 5-3 win for the Rockies. Chris Rusin was credited with the win, improving his record to 2-0 on the season.

The Rockies are in Chicago this weekend to finish up the four-game series against the Cubs. Tomorrow’s game is set for a 12:20 pm MDT start with Jeff Hoffman (3-0, 2.61 ERA) looking to get his fourth win, and the Rockies’ seventh straight. He faces off against former Rockie Eddie Butler (3-1, 3.75 ERA).