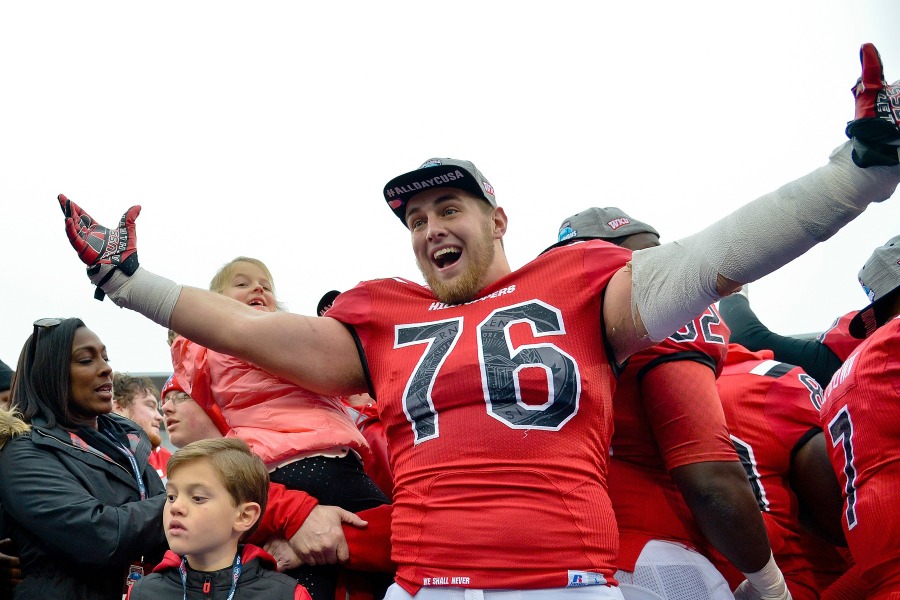 He was a starter all four of his seasons at Western Kentucky, and he proved to be very versatile. Lamp played center, guard, and tackle for the Hilltoppers, and he excelled in each role.

Lamp doesn’t have the size that NFL scouts would prefer. He is listed at 6-foot-4 and 309 pounds, and he may not have the body to add much more weight. Still, you have to like the way that Lamp handled himself in college. Western Kentucky faced Alabama in Lamp’s final season, and he proved that he is capable of blocking some of the top pass rushers in the country.

Final verdict: He may not have all the measurables, but there is no doubt that Lamp can play. He would give the Broncos offensive line some immediate depth, with his versatility, but the Broncos do specifically need a tackle. Can Lamp fill that role? That might be a stretch.