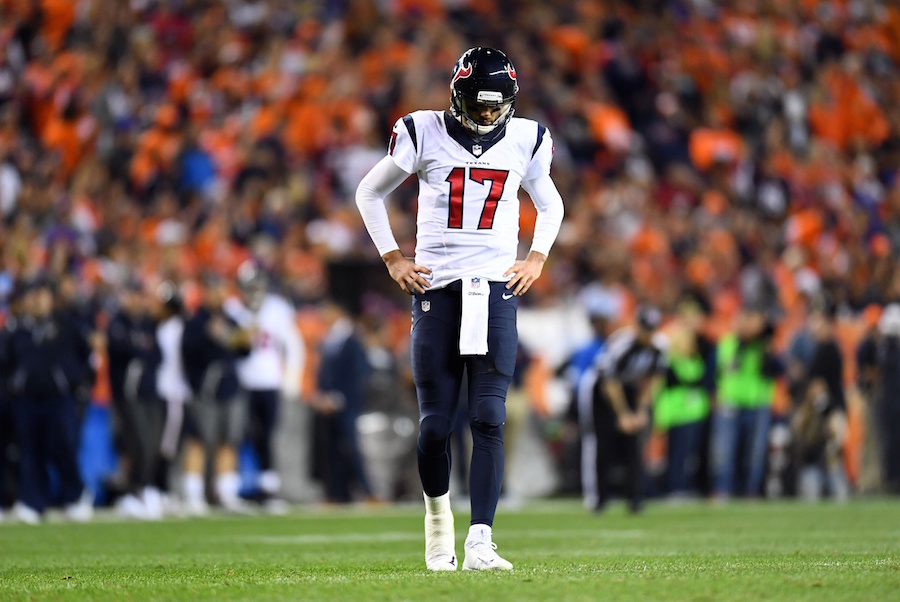 As a fan, if you want to get on TV — or Twitter — during a nationally televised game on ESPN, you have to bring you A game. There are tens of thousands of people vying for attention, and a good portion of them spent several hours crafting the perfect sign to put themselves over the edge.

And while Broncos Country surely expressed their wit and creativity on many levels Monday night, nobody summed up the emotions of the Mile High City better than this one fan.

In Houston, though, those are most definitely tears of horror, not laughter.