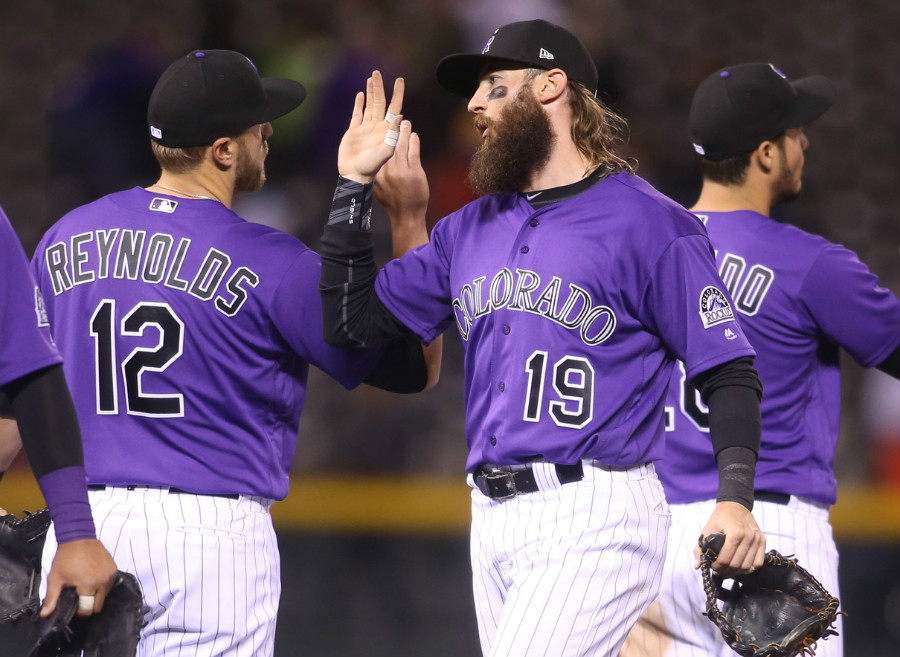 Teammates have to stick together, right?

For Charlie Blackmon, Nolan Arenado, Greg Holland and DJ LeMahieu, they’ve been voted into the MLB All-Star game, which will be played on July 11th in Florida.

For their teammate, power-hitting first baseman Mark Reynolds however, he still has to clear the final fan vote and Blackmon, you could say, has endorsed his candidate of choice.

Fan voting is available now online and via mobile devices at MLB.com/vote. Voting in this year’s balloting will end at 4 p.m. (EDT) on Thursday, July 6.

Rockies Mile-bag: Where did all the strikeouts go?