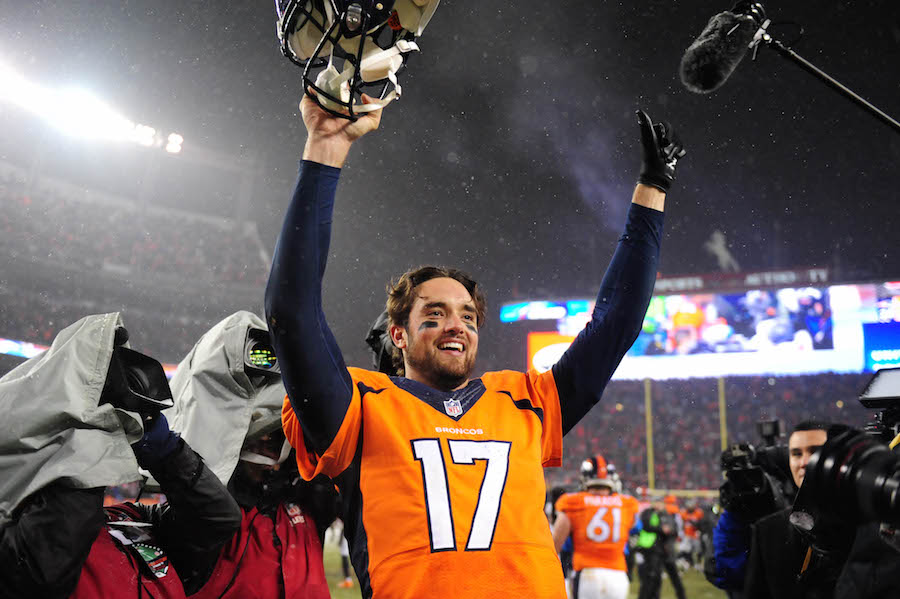 With the Broncos’ quarterback situation up in the air, there’s a good deal of speculation over whether Denver will select a quarterback in this year’s draft. If this stat from Business Insider means anything, then the answer is probably yes.

The Broncos, along with four other teams, only trail the New York Jets for most quarterbacks drafted since 1999, which shouldn’t be all that surprising. From 1999, when John Elway retired, to 2012, when Peyton Manning came to Denver, the Broncos quarterback position was in constant flux; maybe not to the extent that the Browns or Redskins were, but the Broncos certainly didn’t have a “franchise quarterback” in the building.

What’s interesting is that there’s a good mix of struggling and excelling franchises at the top of this list. While it make sense that the Jets and Browns would have drafted a lot of quarterbacks, it could come as a surprise that the Patriots and Ravens have, too.

The reason being, of course, that you can never have enough quarterbacks. Even if you have Tom Brady, Peyton Manning or Brett Favre in your building, you want to be prepared for the worst, or the future.

If there’s anything that points to the mark of a poorly run organization, it’s the amount of first-round picks used on a quarterback. Whereas only two of the Broncos nine drafted quarterbacks came in the first round, the Redskins, Browns, Titans, Vikings and Jaguars have all spent three or more first-round selections on a quarterback in the last 15 years. More importantly, none of those franchises have experienced much success.

While it could just be coincidence or bad luck — the Titans, Vikings and Jaguars all look to have their franchise quarterbacks in place — it does lend itself to the idea that you shouldn’t reach for a quarterback. The Patriots and Seahawks, two of the best-run franchises in the NFL, have combined to draft 16 quarterbacks since 1999, none of which have come in the first round.

With this in mind, maybe the Broncos would be prudent to pass on a quarterback with their 31st-overall selection, opting for a second- or third-round passer instead.

Now, the most important question: Can you name all nine quarterbacks the Broncos have drafted since 1999? Check them out here.