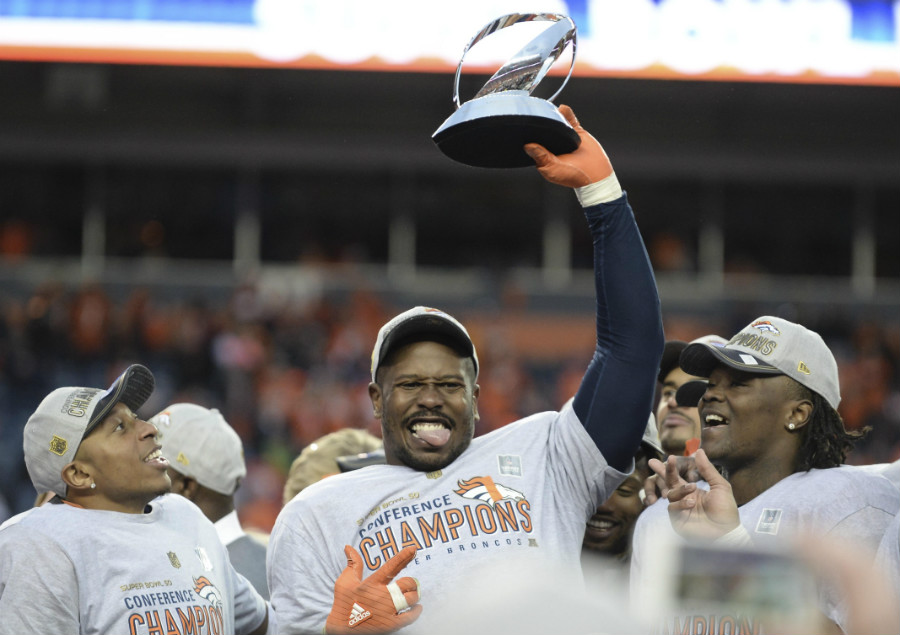 Upon landing in California, one of Von Miller‘s first stops was to meet up with Conan O’Brien to tape the latest addition of “Clueless Gamer,” a bit where Conan cluelessly plays video games with celebrities.

If you remember, last season Conan sat down with Marshawn Lynch (who managed to sneak into this photo, too) and Rob Gronkowski to play a few rounds of Mortal Combat, and it was hilarious.

The bit will air later this week, so keep your eye out for Von and company. Knowing him, it’ll be worth your time.