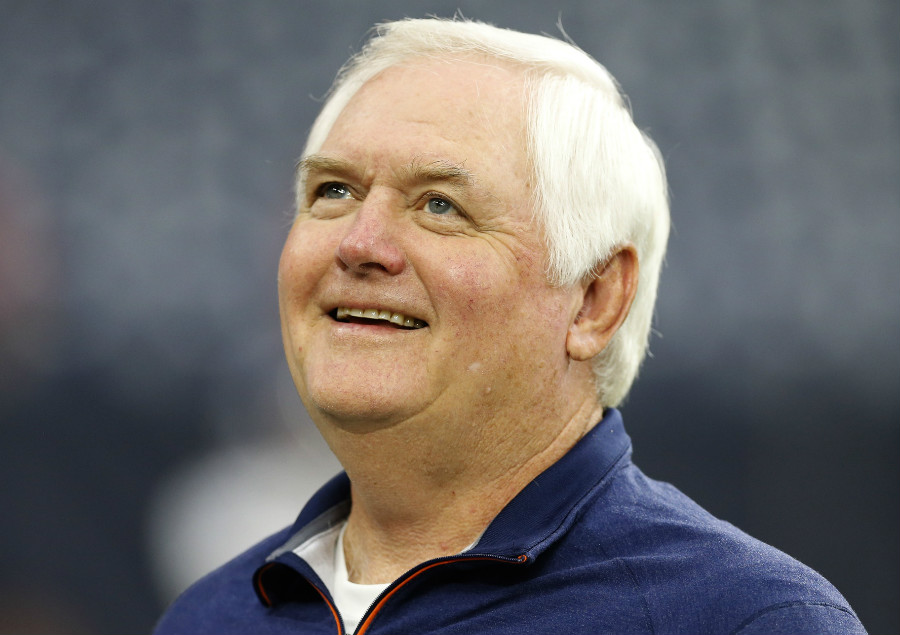 Just as football players appear to be getting bigger, faster and stronger with each year, Jostens’ hand-crafted Super Bowl rings seem to be getting larger, flashier and more expensive with each new champion.

And Jostens does a fantastic job. Their rings, whether they be for High School graduations or league titles, are impeccable, with miraculous detail put into each millimeter of bling.

In case you missed it the first time around, Wade Phillips’ Super Bowl ring, while beautiful, had one glaring mistake: It said “Coach Peters,” not “Coach Phillips.”

How’d they make such an expensive mistake? Who knows, but they were quick to fix it.

Apparently, though, they’re not letting Phillips keep the old one, as he posted today that Jostens has forced him to give it back.

Saying goodby to coach Peters.
Have to send back to be destroyed. Tried to keep it even thou it was a mistake. pic.twitter.com/ZufZKk5d1F

If there’s anything we’ve learned over the years, it’s that destroying a ring isn’t as easy as you might think. Be careful, Jostens.