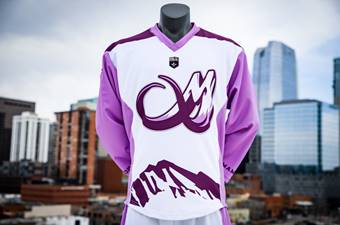 Throughout December 2018, the Mammoth allowed anyone who wanted to honor someone affected by cancer to submit a name with a $25 donation to be directed toward local, cancer-related nonprofit organizations. All 190 names submitted will be featured on the back of each Lacrosse Out Cancer jersey, under the players’ numbers.

All 190 names on the back of each jersey will be displayed on PepsiVision at halftime during the Lacrosse Out Cancer game, as well.

The Mammoth’s 10th Annual Lacrosse Out Cancer game against the Saskatchewan Rush at Pepsi Center is slated for 7 p.m. on Saturday, April 6.