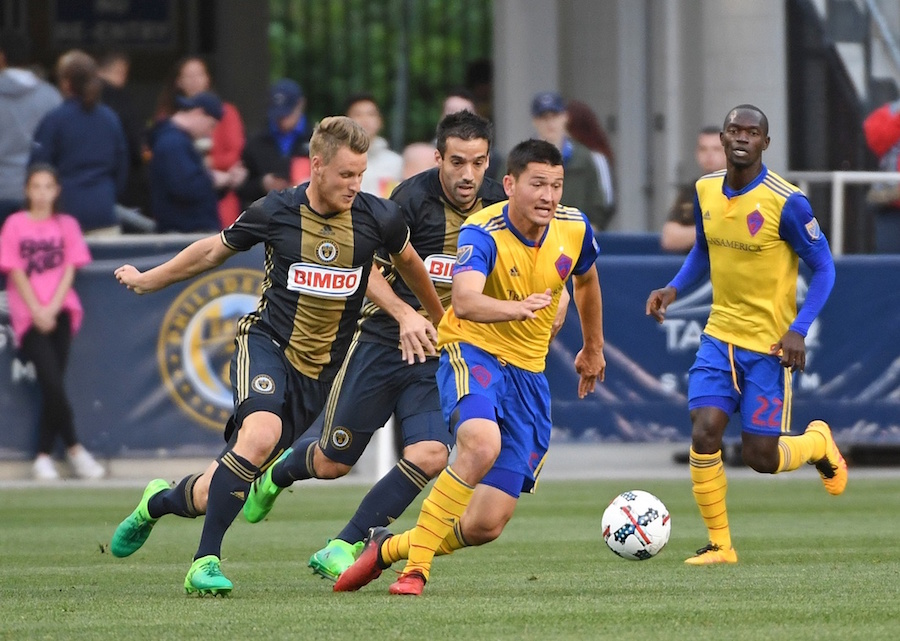 Following the Colorado Rapids’ 3-0 loss to the Chicago Fire on May 17, head coach Pablo Mastroeni decided a change was in order. To spark his struggling club, Mastroeni made seven changes to the starting lineup ahead of the team’s match against the Philadelphia Union on Saturday. Despite holding an early lead after Caleb Calvert’s goal in the 16th minute, the Rapids fell to the Union, 2-1.

For longtime MLS analyst and Colorado Rapids legend Marcelo Balboa, the decision to make such drastic changes to the lineup came too soon. Balboa joined Darren Copeland on From the Pitch on Mile High Sports AM 1340 | FM 104.7 to discuss Mastroeni’s decision to shuffle the lineup.

Though the move seemed to spark the Rapids early, Balboa isn’t so sure the early lead was due to the Rapids playing good soccer as much as it was to one strong run from Calvert. Calvert’s 30-yard run to the edge of the box put him in position to beat the goaltender for his first career MLS goal.

Other than that, Balboa didn’t see many positives from Mastroeni’s altered lineup.

“I thought the Rapids fought, they scratched, they grinded out the first 45 minutes,” Balboa said. “I think the second half, Philadelphia came out and they decided to play a little bit more soccer, put a little bit more pressure on Colorado, and now all of the sudden Colorado kind of lost the grip of the game.”

One positive takeaway from the loss was the playing time that many young Rapids received. According to Copeland, this translated to increased energy and fight as the younger guys received an opportunity to prove themselves. Although that may be the case, Balboa argued that the decision also resulted in a form of soccer that departed from the kind that propelled them to a second-place finish in the Supporters’ Shield in 2016.

“That’s not the soccer that everyone wants to see,” Balboa said. “There was just a lot of running and pressing, running and pressing. That’s not what we did last year; we knocked the ball around, we high-pressed. I don’t think that what we saw yesterday is going to be good enough to make the playoffs with that team out there.”

Following the back-to-back road defeats, the Rapids find themselves in last place in the Western Conference, four points behind Real Salt Lake. Given the points system of the MLS, though, any team can stay in the playoff race until the final months of the season.

This spells good news for the Rapids, as they still have enough time to right the ship. Balboa believes the best way to do so is to put the team’s best players on the field before turning in another direction.

“The beauty of MLS is you can go on a three-game run and you’re back in the swing of things,” Balboa said. “[The Rapids] aren’t out of the playoff race, but [they have] got to play a lot better than yesterday and you need to put your better players back on the field if you’re going to get a result.”

Listen to the full discussion with Balboa, including his thoughts on Tim Howard’s frustration with the young players, in the podcast below.

Catch From the Pitch every Sunday from 2p-4p on Mile High Sports AM 1340 | FM 104.7 or stream live any time for the best local coverage of Colorado sports from Denver’s biggest sports talk lineup.