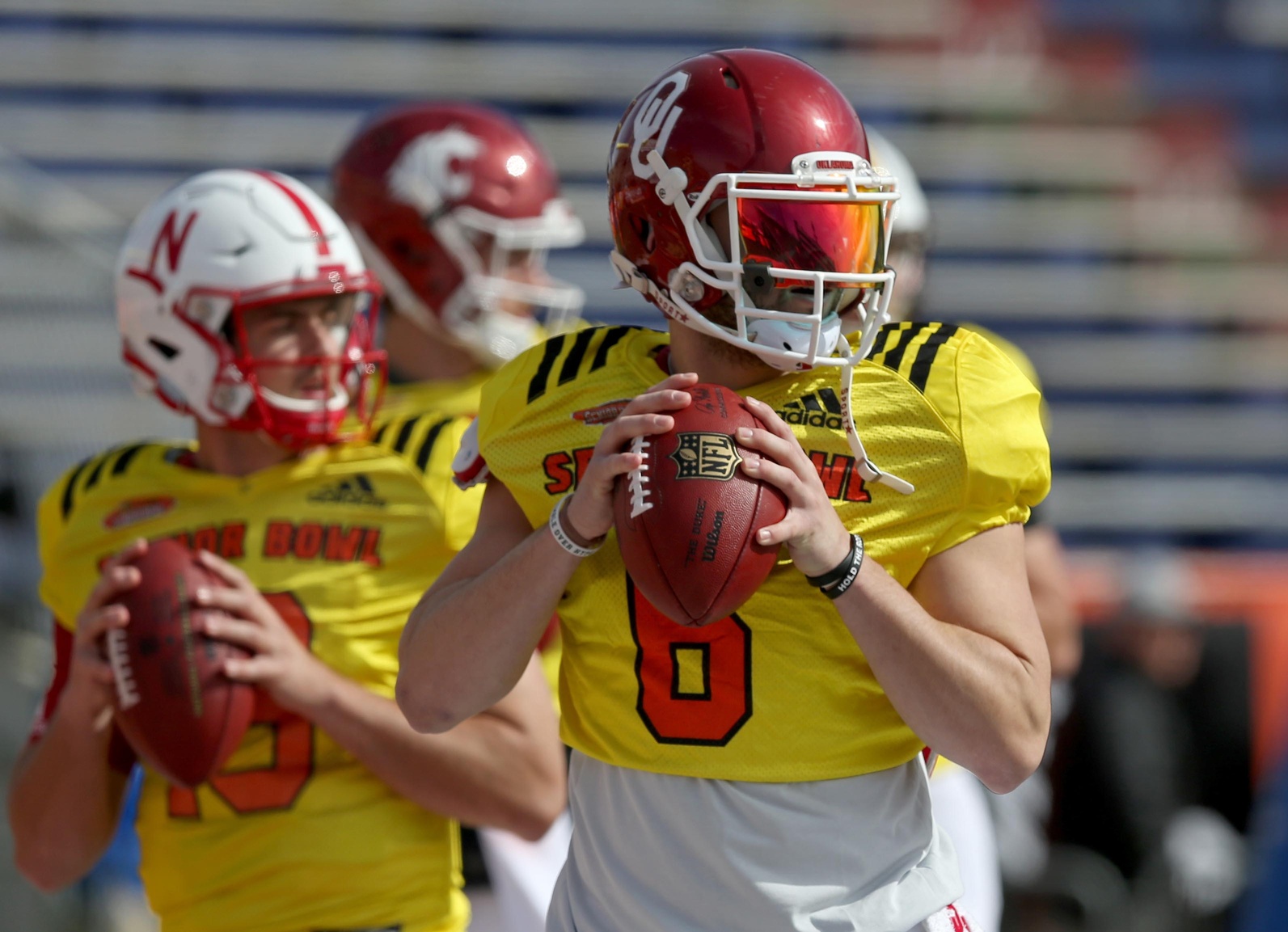 The Denver Broncos are getting their last chances at seeing some of the NCAA’s best seniors in Mobile, Ala., and it appears that one man is establishing himself as the top quarterback at the Senior Bowl: Baker Mayfield.

The Oklahoma product has been impressing on the field and on Thursday, he started to cement himself as the top arm in Mobile, says Mile High Sports’ Benjamin Allbright.

In an interview with Gil Whiteley and Mark Jackson of Mile High Sports AM 1340 | FM 104.7, Allbright, live from the Senior Bowl, said that Mayfield is the prospect by a wide margin.

“Baker Mayfield is far and away the best quarterback here — and it’s not really close,” Allbright said, while suggesting that the Josh Allen mystique seems to be evaporating.

“We’re learning that Baker Mayfield is kind of stealing the show down here,” Allbright said. “All that Josh Allen hype appears to be just a bunch of hype. He’s a guy with big arm, but can’t really do much in the intermediate game passing the football.”

The Senior Bowl North team, coached by Vance Joseph and the Broncos’ staff, concluded their final practice Thursday and will play the South Team, coached by the Houston Texans’ staff) on Saturday. The game will be broadcast live on NFL Network starting at 12:30pm MST.

Click here to listen to the full interview with Benjamin Allbright, including what he had to say about the Broncos’ interests in offensive linemen, linebackers and more, or listen to the podcast below.