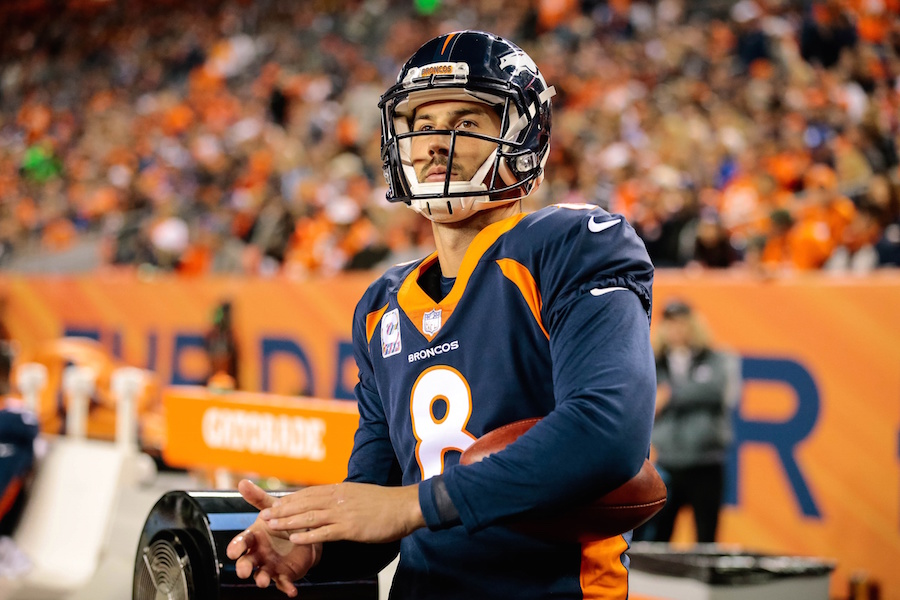 Brandon McManus is a Super Bowl champion. He’s kicked a 57-yard field goal. He holds the Denver Broncos franchise record for most postseason field goals in a single postseason. But right now, those fall a little short on his list of career highlights.

“This awesome mustache that I’m rocking right now is up there in my top career highlights.”

It’s @thekidmcmanus’s world and we’re just living in it. pic.twitter.com/0GS6Lxv7gz

McManus, like most of this year’s Broncos team, is looking to bounce back from a slightly disappointing 2018 season. He finished last season 20-25 on field goal attempts, but only 2-7 on attempts over 50-yards. McManus joined Eric Goodman and Les Shapiro of Afternoon Drive on Mile High Sports AM 1340 | FM 104.7 to discuss his preseason progress and the upcoming season.

This has been a busy offseason for McManus, but he says it’s “By far been my best training camp. I’ve probably kicked two-and-a-half times more field goals this training camp than I ever have.”

“I didn’t change up a thing,” he said when asked about his preseason routine. “I knew I have the capability of being one of the top guys in this league, and in my mind I think I am, so I just have to go out there and prove the results.”

One aspect that McManus has worked on is over-swinging. “Just like in the game of golf, when you try to over-swing, things happen, and the ball starts going awry a little bit.” McManus started the season 2-2 from 50-yards, making both in week 1 against Seattle, but finished the season 0-5.

Click here to listen to the rest of the interview with Brandon McManus, including how he relates with Justin Tucker, or check out the full podcast below.