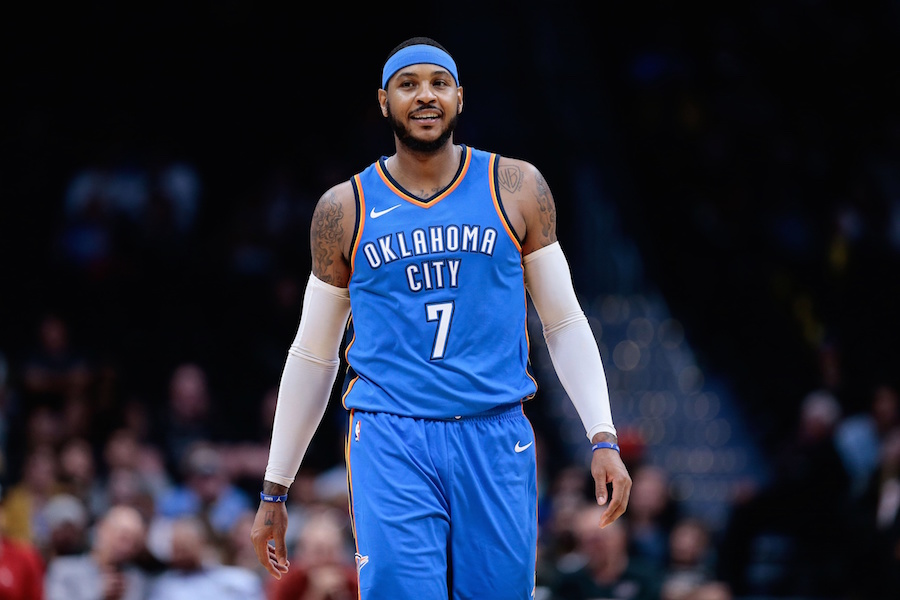 Despite the boos he still occasionally receives even to this day when he sets foot on the court at Pepsi Center, despite the negative things that have been said and written about him immediately after and in the years that followed his departure from Denver, despite many Nuggets fans reveling in his lack of success with the New York Knicks, Carmelo Anthony still considers Denver a special place.

Anthony, now a member of the Oklahoma City Thunder, spoke with the media following Tuesday’s preseason finale at Pepsi Center, saying “This is a special place for me, and it always will be.”

Thunder beat reporter Fred Katz captured the moment and posted it to Twitter.

Carmelo Anthony on playing in Denver: "This is a special place for me and it always will be." pic.twitter.com/NOJorawfqi

Anthony joined the Thunder via an offseason trade from New York after six and a half seasons with the Knicks. Now back in the Western Conference, he will make two return trips per season (plus preseason and perhaps even postseason) to the city that he first called home in the NBA.

In seven and a half seasons with Denver, Anthony compiled 13,970 points (third in franchise history) over 564 games (sixth). He ranks in the top 5 in Nuggets history in points, minutes, field goals and free throws. Denver never missed the playoffs with Anthony on the roster. Still, there has been little love for “Melo” in the Mile High City since he forced a trade to the Big Apple in 2011.

Perhaps the older, wiser Melo’s words will resonate with Denver fans in time. In the present, though, Anthony (along with Russell Westbrook and Paul George) and the rest of the Thunder represent one of Denver’s biggest hurdles in returning to the postseason for the first time since 2013.