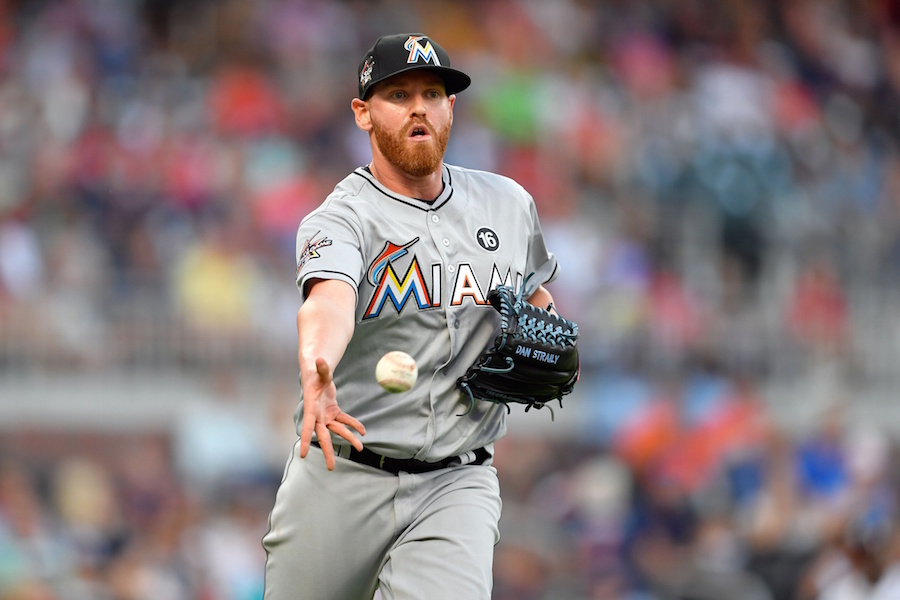 The Colorado Rockies have been in need of a trade for weeks. With struggles throughout the roster that have caused the Rockies to slip of late, that need has never been more apparent.

According to Clark Spencer of the Miami Herald, the Rockies have generated interest from the Miami Marlins as a potential trade partner. As Miami approaches the probable selling of the franchise, the team figures to dump major league payroll and bolster its farm system. Colorado, owners of MLB Pipeline’s No. 8 farm system, could decide to part ways with some of its homegrown talent in order to legitimize their contention this year. Here’s a look at three Marlins who make sense in Colorado.

Dan Straily is very quietly enjoying the best season of his six-year MLB career. Through 17 starts in Miami, Straily is 6-4 with a 3.51 ERA. He averages 8.9 strikeouts per nine innings compared to just 2.7 walks. That 3.24 strikeout-to-walk ratio ranks 22nd among all MLB starters and is better than any of Colorado’s qualified starting pitchers. Straily also boasts a WHIP of 1.09, the ninth-best number of all starters. Straily is a very competent starter the Rockies can acquire at a cheaper price than other trade targets. As inconsistency throughout the team’s young starting rotation continues to rear its ugly head, Straily’s addition would provide a much-needed boost.

The Rockies need bullpen help in a big way, and A.J. Ramos could be the best available option. As previously discussed at Mile High Sports, Ramos’ addition to the back of the bullpen would create a lethal combination with Jake McGee and Greg Holland. Though Ramos’ ERA is slightly higher than his All-Star campaign last year, he provides an immediate improvement over the struggling options in the middle of Colorado’s bullpen. If the Marlins do decide to sell Ramos, he figures to be one of the most coveted relievers on the market. However, he may be worth a hefty price tag if it means fixing Colorado’s bullpen woes.

If the Rockies go in the direction of bolstering an already talented offense to make up for its below-average pitching, Marcell Ozuna should be a primary target. The slugger is having one of the best offensive seasons among all MLB outfielders, aptly being named a starter on the National League All-Star team. Through 84 games, Ozuna has already tied his career-high in home runs (23) and leads the majors in RBI (67). Although Colorado’s outfield is crowded, Ozuna is an upgrade over every outfielder not named Charlie Blackmon. His addition would increase the availability of other Rockies in the trade market. Miami’s asking price for Ozuna is likely to exceed what Colorado is willing to part with, but bringing his bat to Colorado is an enticing scenario.