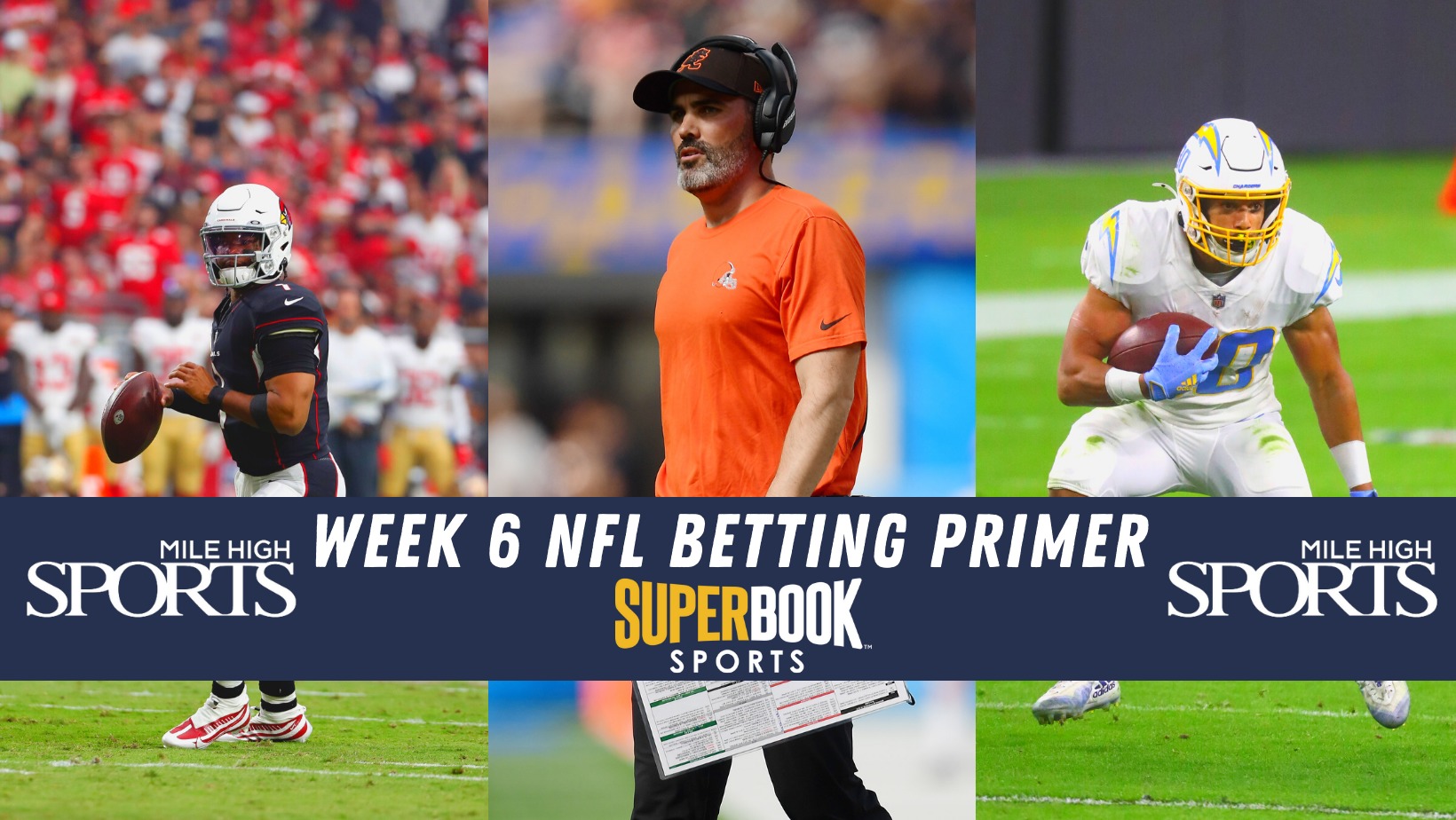 It’s time for another NFL betting primer with Week 6 on deck! Let’s run the board for week six in the latest installment of the Mile High Sports Betting primer. Last week we had a couple of nice hits with the Chargers and Eagles. So let’s keep it going this week!

Thrilled to announce the world-famous SuperBook Sports will be a sponsor for the primer this NFL season! SuperBook sports is a premier sports betting operation in the United States with extensive Colorado connections. The SuperBook Sports team is led by sports betting industry icon Jay Kornegay, a Colorado native and one of the most respected and successful operators in the sports book industry.

Manage your bankroll. Stick to your units. Watch the lines.

Another London game for degenerates to feast on. This could be the most winnable game on paper the Jaguars have had this season. This year, Miami has not looked great, and Jacoby Brissett hasn’t provided much of a boost since Tua Tagovailoa went down with an injury. That said, Tua was activated off IR this week and could play in this game.

The Jaguars are still winless, but Trevor Lawrence has shown signs that he is going to become an elite quarterback. I’m staying away from this one as I do with every London game, but I’ll be watching to see what the Jaguars can do.

This is an interesting spot for the Bengals. After nearly beating the Packers last week, how will they respond against another NFC North opponent? The Lions are one heck of a winless team, and after head coach Dan Campbell cried at the podium this week, it feels like they might finally be able to break through at home this week. It could be a sell-high spot on the Bengal. Is this the week the Lions get their first win?

A classic NFC North division battle. The Packers and Bears clash after each winning their respective games last week. Justin Fields has looked so-so to this point, but he will be back in front of the home crowd this week against the Packers. Green Bay has looked like one of the upper-echelon teams in the NFC after stumbling out of the gate in Week 1. Rodgers and the Packers have historically had no problem playing, winning, and covering in Chicago over the years. Packers are 17-5 ATS in their last 22 meetings in Chicago and 20-7 ATS in the previous 27 meetings.

The largest spread of the week. After losing a heartbreaker on Monday Night Football, the Colts will look to get their second win against the Houston Texans. Davis Mills is still running the show at quarterback for Houston, and he actually looked solid against the New England Patriots defense last week. I’ll be honest, I’m not sure the Colts should be 10-point favorites against any team right now. They look atrocious, as does the entire division. Take the points or pass for me on this game.

The Chiefs will win this game. The question is will they cover? The Chiefs have been one of the worst teams to bet ATS over the last year and a half, and they roll into Washington after getting bullied by the Buffalo Bills on Sunday Night Football. It feels like the type of week where they can come out and flex their superiority against a team like Washington. KC did this a couple of weeks again against the Eagles, winning 42-30 on the road, and how much better are the Eagles than the WFT? The public is leaning heavily on the Chiefs here, so beware if you go down that path.

Chiefs are 4-0 ATS in their last 4 road games vs. a team with a losing home record, but KC covered just under 42% of their games last season and have covered just once this season.

One of the best games of the week. Both of these teams look like they can be contenders in the AFC, and it’s a typical matchup of two teams who are perceived to be even, with the favorite being the home team. I love both Lamar Jackson and Justin Herbert. They are both absolutely incredible to watch, and this game will undoubtedly be must-watch television. To me, this comes down to which quarterback do you like more. Both have great weapons on offense, and they both allow an average of 23 points per game on defense.

The Chargers and Ravens share mutual wins over the Chiefs this season, although Los Angeles managed to win the game on the road. If you believe this is the same old song and dance with the Chargers, then you probably like the Ravens. The public is backing Chargers ATS. Ravens are 0-5 ATS in their last 5 home games vs. a team with a winning road record

Another big spread on the weekend slate. I don’t like much about this game with the given lines. I might tease the Rams down and throw them in a parlay, but there are plenty of other games on the slate that are better to bet on. The public is all over the Rams here, so be careful with this one.

The Vikings absolutely destroy me. What happened to their offense? At the end of last week, their passive play-calling blew my spread bet and a teaser I had played with them. They just look like the same team, and they could win this week against a Panthers team that has finally come back down to earth. The status of CMC is a significant factor for this one, so be sure to keep an eye on that, but I am a little taken back by the spread here. I get the Vikings have talent, but what warrants them being a favorite on the road against a team with a winning record?

Carolina has come back down to earth, but I think this should be a close game. There’s obviously the wild card factor of the Vikings’ offense, but if the Carolina defense plays well, the Panthers should be able to get a home victory here. This aligns with the public as a small majority is backing Carolina at home.

Another marquee game in Week 6. The last undefeated team is set to clash with one of the more interesting teams in the AFC. As of Friday, the public is all over the Cardinals here, with well over 80% of the handle on Arizona ATS on the ML. I continue to believe the Cardinals are playing over their heads and will come crashing down to earth, eventually. Could this be the week? The public money has me thinking it could be. Arizona didn’t look all that great against the 49ers last week, and the Browns are fresh off a nail-biting loss to the Chargers last week.

These two teams are on similar playing fields, but the Browns have the leg up in the coaching department. If the public continues to ride with the Cardinals, I’ll be firing on the Browns even though I have my doubts about them long-term.

The Cowboys look to remain undefeated when they head to New England to take on the Patriots. Dallas has covered the spread in every game they have played this season, and the Patriots continue to adjust to life after Tom Brady. The total handle for this game is close to split, and this is sure to be a test for the Cowboys.

I do think that if Dallas continues to keep playing as they have the last few weeks, they should have no problem escaping the northeast with a victory. Last week the Patriots nearly lost a game to the Davis Mills led Texans, and their defense has holes that the Dallas offense can expose. Road team is 4-0 ATS in their last 4 meetings, and the under is 4-1 in the last 5 meetings.

A big game for two teams that have both dropped two in a row. The Broncos have had much more stability to prepare for this game as the Raiders continue to work through the departure of Jon Gruden.

The Gruden new will work one of two ways for the Raiders. It will either give them or boost or have them spinning in circles. We saw Darren Waller and Derek Carr get emotional when talking about the situation, and it’s clear many people within that organization had deep personal ties to Gruden. Perhaps this will lead to them playing well and extra hard for their former coach. It could also totally sabotage the team. I couldn’t imagine what the locker room is like losing a coach in the middle of the season like that, let alone the circumstances that surround the departure.

The Broncos need to bog down and take care of business at home against the Raiders. If they don’t win this game… this team is in some real trouble.

Kind of a stinker for SNF is we are being honest here. Geno Smith looked alright when he came in for Russell Wilson last week during Thursday Night Football, but the Steelers looked even better last week against the Broncos. If you believe the Steelers are back and last week’s win is what they needed, you can look at them here.

I’m just hoping I’m not trying to chase during this game. I really don’t have many thoughts other than this game kinda blows for SNF, considering the other games on the slate.

The Titans’ defense ranks in the league’s bottom half in both points and yards allowed per game. The Bills have not skipped a beat since their Week 1 loss to the Steelers, and it kind of feels like they are trying to prove a point that they are the best team in the AFC with the Chiefs sputtering. If the Bills continue to play like they have since Week 1, they should be able to roll against the Titans on Monday Night Football. 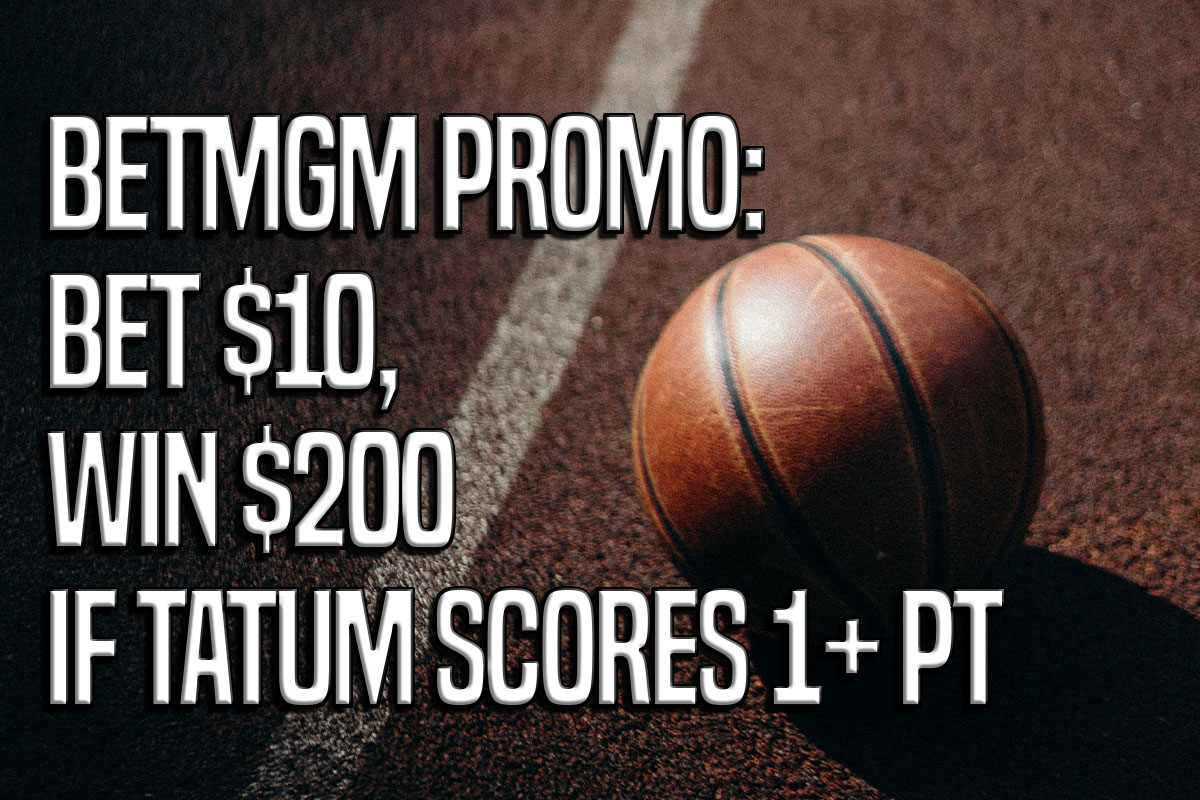