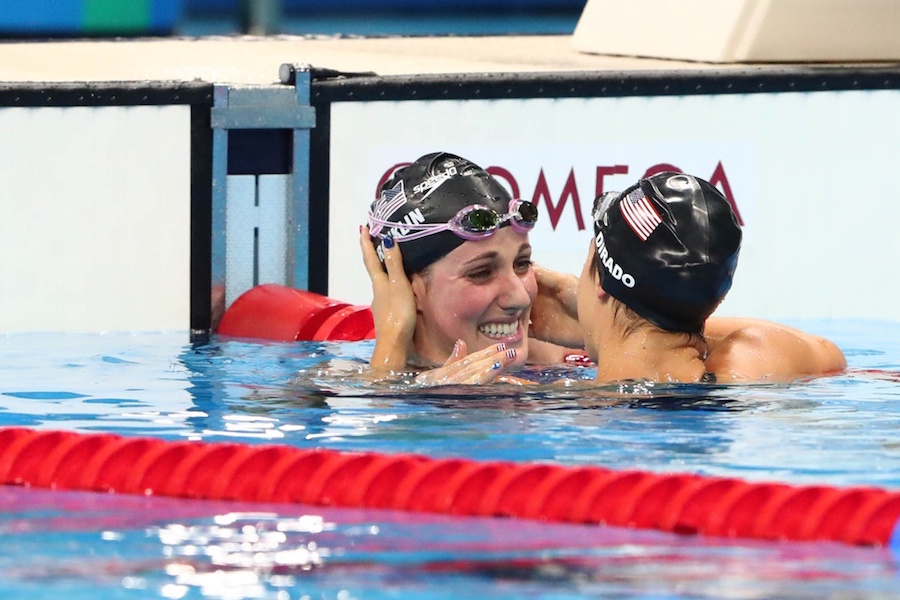 Following what she describes as a “really disappointing” 2016 Olympic Games, Missy Franklin said she will likely take some time away from swimming, but vows to be back for the 2020 Games in Tokyo.

“I think I need a break,” Franklin told NBC’s Mike Tirico on Sunday morning from Copacabana Beach in Rio de Janeiro. “I need to take some time and really just be a normal 21-year-old for a while, spend some time with friends. I’ll be going back to Cal-Berkeley this fall, so I’m so excited to be back at school.

“I’ve actually missed school so much – yes, I’m that person. But really I  just can’t wait to get involved in classes again, get back in Athletes in Action, all this stuff that really makes me who I am. That’s what I’m really looking forward to.”

After winning five medals in London 2012, including four gold, Franklin qualified for just two individual events this year, failing to make the finals in either the 200-meter freestyle or 200-meter backstroke. She did win another gold medal, swimming in the qualifying heats for the 4×200-meter freestyle relay team.

“Overall, I’m really disappointed,” Franklin told Tirico. “I didn’t live up to my own expectations and it was really hard. But, you know, I think looking back there was nothing else I could have done to be more prepared. Moving forward I think I have a long way to go, but I feel more confident now, more than ever, that I’ll come back stronger than before.”

When asked what was the toughest hurdle she faced in the four years between London and Rio – a back injury, swimming collegiately at Cal or a coaching change – Franklin wouldn’t pinpoint just one thing. Instead, she chose to look at the experience as one that helped her personal growth.

“It’s all so different. You learn so much from each struggle that you go through. Before London, that was just such a unique experience because everything had just been going up and up and up and there was really no struggles, so the past four years have been so different. But I feel like I’ve learned so much more about myself as a person and I feel like I realized I’m a lot stronger than I thought I was capable of being. And so while it’s been so hard to go through all of this, I’ve been so grateful for what it’s taught me.”

One thing that has not changed over these past four years is Franklin’s indomitable positivity, as the entire NBC staff noted about her support of her teammates. She told Tirico she was glad to hear that her attitude did not go unnoticed. She spoke about the challenge of balancing personal disappointment with cheering on her highly successful teammates.

“It was incredibly tough,” she said, “but that was something that I really tried to do, so hearing that means the world to me. I think it’s absolutely okay to be disappointed and be upset, but it’s never okay to impose that on your teammates – especially when your teammates are having the meets of their lives … I was truly so happy and excited for them, watching them gave me so much joy. But when I had some of that alone time, there was definitely some tears and some disappointment, but I would just call up my mom, get some words of encouragement and just keep on plugging along.”

As for her plans in the long-term, Franklin says we can count on seeing her in Tokyo.

“You have not seen the last of me; I can promise you that.”