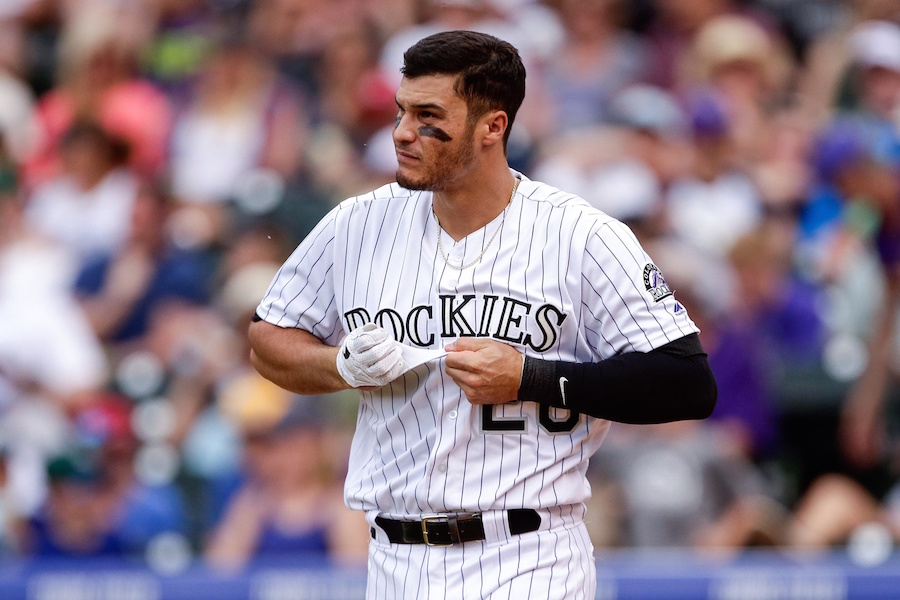 Kris Bryant is the current leader in All-Star voting among National League third basemen. He has a 331,570-vote cushion on Nolan Arenado, despite trailing Arenado in batting average, home runs and RBIs. But that’s not the real crime.

Bryant is putting up numbers that are very close to the Rockies third baseman’s and could catch him in all categories with an exceptionally hot week or two. The real crime is that Bryant is hardly a third baseman at this point.

In his 56 games this season (as of Wednesday when the latest voting update was released), Bryant has played third base – and only third base – just 19 times. That’s only 33 percent of his total appearances. Factor in the additional 16 games he’s split time at third and another position in the same game and that percentage climbs up to 62.5 percent. The Cubs are still trying to determine if he can handle the hot corner or needs to make a permanent move to the outfield.

Bryant’s not even a qualified candidate in the fielding percentage candidate at third, where Nolan Arenado leads all his peers by a full ten percentage points.

Yes, All-Star voting is effectively a popularity contest (which is why all four current infield starters are Cubs) and there’s no real way around that, but it’s a crime that Arenado will likely have to wait for a player/manager’s selection to earn his second All-Star bid. He’ll absolutely get it, but there’s no reason the best actual third baseman in the NL shouldn’t be starting the All-Star game in San Diego come July.