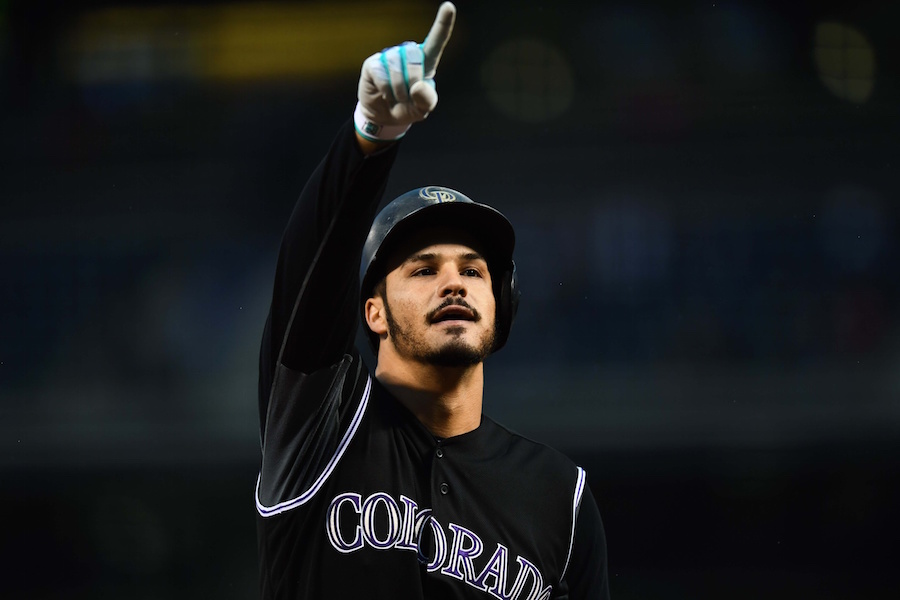 MLB Network’s Kevin Millar joined Nate Lundy, Shawn Drotar and T.J. Carpenter on Mile High Sports AM 1340 | FM 104.7 and discussed the recent hot streak from the Rockies and what to expect from the club moving forward.

“They’re a good little ball club,” said Millar. “There’s not a whole lot of great teams in the National League. [They’re thinking,] ‘Our bullpen hasn’t been that great this year. We know eventually that we can rake. We know [Nolan] Arenado’s still on our team and he just absolutely dominates. We have a chance to win this division.’ They believe in themselves. They think that this division is wide open.”

The Rockies spent an MLB-record $106 million on their bullpen during the offseason and Millar explains that general Mmnager Jeff Bridich set the Rockies up for success in 2018.

“They went out and I thought did a remarkable job this offseason. I really did,” Millar said. “I thought everything that they did is exactly what you need to do.”

Colorado’s bullpen has been a disappointment thus far, but Millar explains that the Rockies’ ticket to the postseason is their bullpen.

“You hope that’s just a bad first half,” Millar continued. “You hope that they’ll turn things around. They’ve got to pull their weight or the Rockies won’t be very good, long-term. You hope they come out and have a great second half.”

With the trade deadline nearing, Millar explains that you can never have enough pitching in the big leagues, and suggest that the Rockies should be on the lookout for help.

“You’re always looking to add arms for depth,” said Millar. “I think this is where the front office makes their money. These kind of three-to-four weeks. Bolster the bullpen even more. Go out and get a starting pitcher if there’s one available. Pitching, pitching, pitching, add, add, add – you can’t have too much.”

Click here to listen to the full interview with Kevin Millar, including more of his thoughts on the Colorado Rockies and what they need to do in order to make the postseason.

Catch Mornings at 5280′ with Nate Lundy, Shawn Drotar and T.J. Carpenter every weekday from 7a-9a on Mile High Sports AM 1340 | FM 104.7 or stream live any time for the best local coverage of Colorado sports from Denver’s biggest sports talk lineup. Download all-new the Mile High Sports Radio mobile app for Apple or Android.