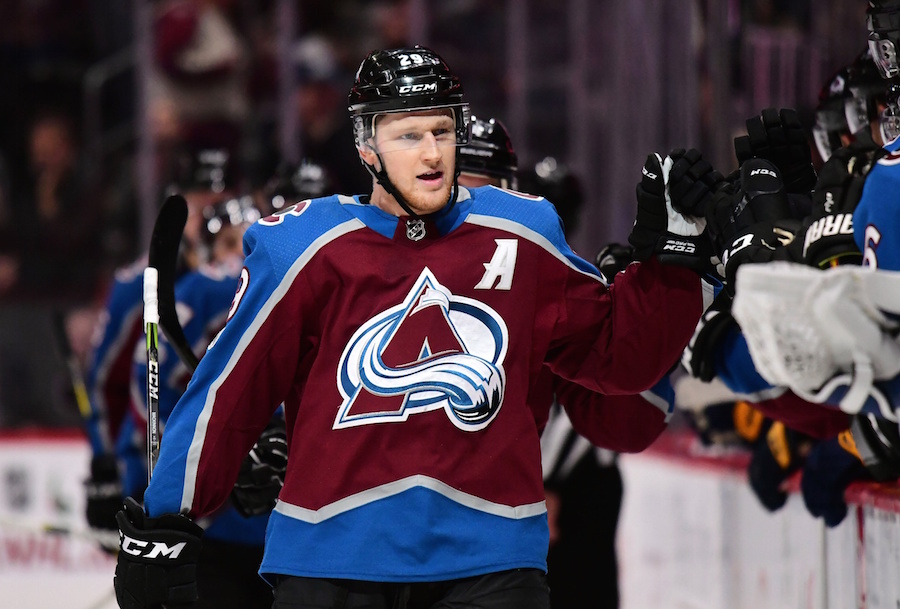 I’ve been yelling it for weeks.

It seemed no one wanted to listen.

Avalanche star Nathan MacKinnon is having a monster season — but you already knew that.

What you may not have known? Halfway through the season, he’s the NHL’s MVP.

Don’t just take my word for it.

Check out the well-known Greg Wyshynski’s latest piece on ESPN. The former “Puck Daddy” says, at this very moment, MacKinnon is worthy of the league’s top honor — the coveted Hart Trophy.

This is a big deal.

Just one year ago the Avs were the worst team in the league. A doormat. A likely two points for any opponent on any given night. Finishing with just 48 points was the lowest point in Avalanche history, and it wasn’t close.

That’s a compliment, in a sense. It highlights just how dominant the Avs have been since moving to Colorado for the 1995-96 season. But it was also a reality check; that type of failure isn’t acceptable.

Josh Kroenke, Joe Sakic, Jared Bednar and a score of other folks deserve major credit for fixing the mess and fixing it quickly. As I’ve written in this space, Colorado is a year ahead of schedule when it comes to a playoff berth, but did anyone think MacKinnon could mess around and win MVP?!

The case is simple.

The Avs are massively overachieving and MacKinnon has been their star — a beast — skating up and down the ice leaving opponents in his wake while looking like the best player in the game each night.

Some of the numbers — the qualifications for such a lofty honor — are eye-popping. Wyshynski lays it out nicely, so rather than just regurgitate his piece, read some of it for yourself:

MacKinnon’s line has generated nearly 30 percent of the Avs’ 5-on-5 goals this season. He’s 11 points better than the Avalanche’s second-leading scorer this season, his linemate Mikko Rantanen. MacKinnon has 25 primary points at 5-on-5, which is 12 better than his other linemate, Gabriel Landeskog. MacKinnon has two game winners in overtime as well.

MacKinnon is my choice, but it’s a thin margin over (Alex) Ovechkin.

Wyshynski, one of North America’s best-known hockey writers, just said MacKinnon is the NHL’s MVP by a “thin margin” over that full-fledged superstar out of Washington.

Even the most optimistic of Avalanche fans knew MacKinnon could be really, really good someday — he did win the Calder Memorial Trophy, given to the NHL’s top rookie, in 2014 — but no one could have predicted just a few months ago he’d be this good, this quickly.

The reason why is probably the elephant in the room.

Was Matt Duchene the Avs’ Voldemort?

In the 14 games MacKinnon played while Duchene was still a member of the Avs (including the night he was traded against the Islanders), Mack had 14 points. Since then, in 27 games, MacKinnon has 38 points totaling 14 goals and 24 assists. The line mentioned above, with MacKinnon, Rantanen and the captain Landeskog, is quickly emerging as the best or second-best unit in the league.

Along with Landy, Tyson Barrie and Erik Johnson, No. 29 had by far the most room to complain to management. Just like Duchene did — forcing his way out — while Sakic brilliantly made him wait to get a haul in return.

But none of those guys demanded a trade.

Unlike He-Who-Must-Not-Be-Named, this core is committed to this city. To these fans. To this franchise. And ultimately to bringing another Stanley Cup back to Denver.

That probably won’t happen this year, but another piece of hardware could make it to the Mile High City.