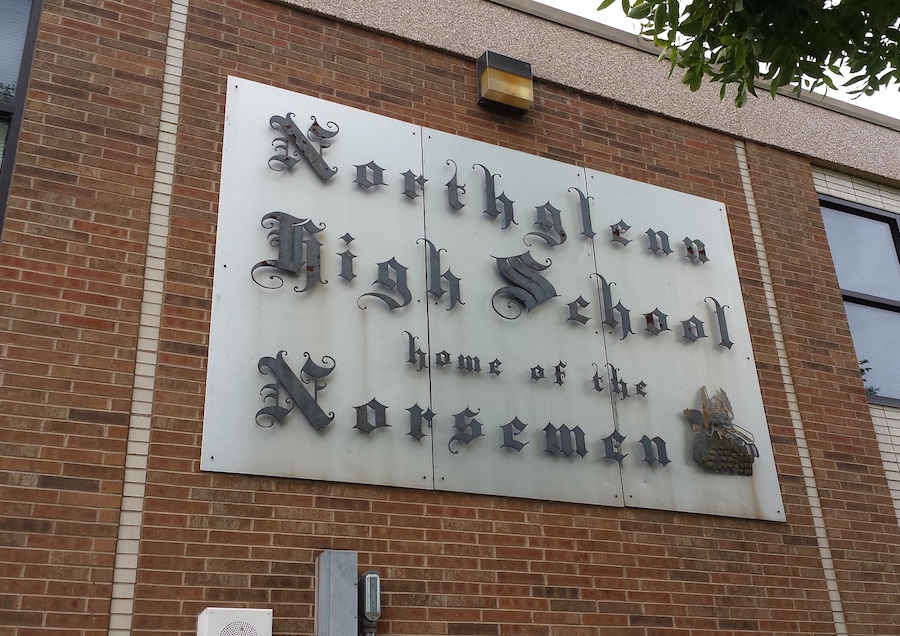 There are a lot of local high schools that have seen more on-field and on-court success than Northglenn. But how many of them have produced a high-quality local sports magazine that’s in its 14th year of publishing? Yes, that’s right. Top that Cherry Creek!

It was with mixture of nostalgia and disbelief that I dropped by a celebration last Friday night being held at the high school I graduated from more than 35 years ago. Northglenn High was celebrating – loudly – its 50th anniversary. There were roughly 2,000 people there – plus a lot of balloons and music, signs and mementos. A lot has changed. A lot hasn’t. It’s been an eventful 50 years.

Northglenn opened in 1965 when there wasn’t anything located to the north except prairie dogs and farmland. It grew fast. By the time I graduated, just over a decade later, Northglenn was the second-largest high school in the state behind Cherry Creek. My graduating class contained a staggering 795 students. That was before Horizon, Legacy and Mountain Range High Schools existed. Those three have taken a big bite out of Northglenn’s enrollment – and athletic success. The school’s story is not unlike many suburban schools that have seen the expansion of the metro area and the addition of new high schools create a large change inside their buildings. Your high school may have a very similar story.

When you think of great high school athletes from Colorado, you might think of places like Cherry Creek (Darnell McDonald, Brad Lidge, Mark Randall), or the DPS schools (Chucky Sproling, Chauncey Billups, Daniel Graham) or private powers like Mullen or Valor Christian (Ryan Clement, Bo Scaife, Christian McCaffrey). But over the years, our Norse have held their own.

I solicited the help of 1971 grad, baseball standout and former coach Bill Reffel (now the host of the X’s & O’s radio show on Mile High Sports AM 1340) in recalling some of the standout athletes that graduated from Northglenn. Coach Reffel was at NGHS from 1977 through 1992. He saw a lot.

There was a lot of team success. Several state championships in soccer and cross country, one in football in 1984 and another in girl’s basketball in 1987. We’ve had our share of stellar athletes matriculate through the hallowed halls of NGHS. The Class of 1973 produced superstar running back Doug Simcik, who rushed for an astounding 2,700 yards and averaged four touchdowns a game as a senior. He went on to play linebacker for Barry Switzer’s vaunted Oklahoma Sooners in the mid 1970s. That class also produced football and basketball standout Don Mulnix, who went on to play hoops at Wake Forest.

Running back Tony Federico was chosen for The Denver Post’s Gold Helmet Award in 1977 and went on to play at CU. Later, he worked as a strength and conditioning coach at Southern Cal, Colorado State and for John Elway’s Arena League team, the Colorado Crush.

There have been plenty of other NGHS guys play college football, guys like offensive lineman Bill Coleman, captain of the Norsemen’s ’84 state title team and then a captain at CU during Bill McCartney’s early years. M J Flaum was a high school All-American offensive lineman in 2000 who saw his college career at Nebraska cut short by injury. (After graduating from Creighton Law School he’s now a Deputy District Attorney in Adams County.) Quarterback Jason Whitmer at Idaho State, kicker Jeremy Aldrich at CU, punter Jim Kaylor at CSU, and the late Adam Matthews (son of former CU great Bo Matthews) who set numerous rushing records at UNC. These are just a few of many who played on after leaving NGHS.

Northglenn was known for football, but there was plenty of success in other sports as well. There were High School All-Americans like swimmer Laura Strickland, distance runner Chuck Trujillo, gymnast Mike Valdez and more.

Kyle Sleeth was an outstanding three-sport athlete who was ticketed for a big league career with the Detroit Tigers after a great college career at Wake Forest and a successful stint with USA baseball. He was the third overall pick in the MLB draft in 2003. An elbow injury ended his minor league baseball career in 2009. Kyle is now in business in Florida. Right-handed pitcher Willy Kesler pitched at New Mexico before getting a taste of the minor leagues a few years back.

I was fortunate enough to avoid injury, grow and improve while at Colorado State and eventually got my chance to play professional baseball, too. But I wasn’t the only one who reached the big leagues. Back in the day, Norm Hainlen punted in the USFL, but the best punter in school history was two years behind me in school – Jack Weil. He was another talented three-sport guy (remember those?) whose punting skills earned him a shot in the NFL. For some reason, Jack opted for the University of Wyoming (still his only major mistake) after Northglenn, but he overcame that lapse in judgment to earn All-America honors. We ended up watching Jack with the likes of Steve Young and Bo Jackson on the Bob Hope All-American TV show in 1985 with the other Associated Press honorees. (Like me) Jack got a brief shot with his hometown team as the Denver Broncos punter when they started the season 6-0 in 1986. For reasons still unknown, Dan Reeves opted to make a change at that point and the Broncos punting game went steadily downhill and they lost the Super Bowl. Jack’s is still the only undefeated punter in Broncos history (I think.)

Jack’s teammate, Dan Ralph, was an outstanding defensive lineman who played at CU and Oregon before getting his own brief shot in the NFL. Sadly, Dan’s demons got the best of him and after living a troubled life, he passed away from a heart attack a few years ago. Offensive lineman Tony Ramirez left Northglenn for UNC in the mid-1990s and he played so well in Greeley that he ended up a sixth-round NFL draft pick, playing three seasons for the Detroit Lions in the late ’90s.

Yet the most important athletic contribution that has come from 50 years of Northglenn High School didn’t happen on the field or court. NGHS produced the two guys – James Merilatt and Doug Ottewill – who had the onions to go out on their own and start a fledgling sports magazine in 2002. (Both also played basketball at Northglenn.) Add in the input of Brian Dvorak and Michael Stock and these Northglenn guys produced something that has not been at all brief, but instead has had great staying power.

Mile High Sports Magazine came into existence already fighting a nasty trend. The great majority of start-up magazines don’t make it for a second year, much less a 14th. But James and Doug were tenacious and steadfast. The results have been the growth of the magazine you can’t wait to see each month, the all-sports radio station that launched in 2007 and the outstanding web site (and email blast) that you depend on for the very best in local sports coverage.

That’s the way they taught us to do things at Northglenn High. Here’s to the next 50 years!

Hockey Mountain High Podcast: The One With Chris Johnston